Why Steve McQueen Is One of the TIME 100

To a half-century of moviegoers and TV fans, the name Steve McQueen meant a terse cowboy with squinty blue eyes. He starred in The Magnificent Seven and Bullitt, loved racing motorcycles and fast cars and died of cancer at 50, in 1980.

Then, in 2008, came Hunger, the spare, scalding film biography of IRA volunteer Bobby Sands, who starved himself to death in protest against his British captors. Festival and art-house audiences took admiring notice of the fiercely disciplined central performance by Michael Fassbender, and of the film’s director, an Englishman of Grenadian descent. Viewers had to do a little brain shift and realize he had the same name as the old movie star. Now there was a new Steve McQueen. That Steve McQueen.

The record is mute on whether our Steve McQueen, growing up in the London suburb of Ealing, experienced any recriminations, advantages or confusion over the coincidence of names. But he did have challenges in pursuing his calling. At 13, dyslectic and wearing a patch over his amblyopic “lazy eye,” he was shunted into a class for manual laborers. Securing a spot at NYU’s film school, which had trained Martin Scorsese, Oliver Stone, Joel Coen, Vince Gilligan, Ang Lee, Spike Lee and many other worthies, McQueen got reprimanded by his professors — “They wouldn’t let you throw the camera up in the air,” he recalled — and soon split. Even after he won acclaim as a visual artist, his father kept urging him to get a proper job.

All his life, McQueen, 44, has been teaching his teachers — and as a filmmaker his audiences — to see his dark, stark, sensuous vision of humanity. That artistic persistence paid off two months ago, when, with 12 Years a Slave, he became the first black director to win the Oscar for Best Picture. What’s more impressive is that he achieved mainstream acclaim while working boldly and resolutely in the backwater of high culture’s visual arts.

He first attracted attention with his 10-min. silent film Bear (1993), in which he and another nude black man circle each other with menacing or erotic intent. The 1995 Five Easy Pieces shows a woman walking across a tightrope — in his words, “the perfect image of a combination of vulnerability and strength.” Deadpan (1997) reconstructs the famous scene from Buster Keaton’s Steamboat Bill Jr.: the façade of a house falls on a man who isn’t hurt because an upper-story window is open. These studies of the body in motion or at rest earned McQueen the Turner Prize, Britain’s most prominent art award, for the “poetry and clarity of his vision, the range of his work, its emotional intensity and economy of means.” This was 1999, and he was 30.

Nearly another decade passed before Hunger, McQueen’s first feature film, premiered at Cannes. Fassbender vaulted quickly to prominence, starring in Inglourious Basterds, Jane Eyre and X-Men: First Class, but always was available for films directed by his friend. In the 2011 film Shame, McQueen and Fassbender offered a vividly clinical depiction of satyriasis, as a Manhattan office-worker cruises the streets, bars and subways for new conquests that never fulfill him. Filmed in elegant, unrelenting long takes with very few traditional reaction shots, Shame has plenty of hot action but a frosty, distant tone, like pornographic activity on Earth as photographed from a space shuttle. Like Bear and Hunger, the movie reveals McQueen as a prime poet of the body, and the soul, in distress: from starvation or sexual misuse, or from the institutional sadism of slavery.

Based on the 1854 memoir of free black man Solomon Northrup, 12 Years a Slave is a Holocaust film set on American soil, and a brutal rebuttal to the Confederate romance of Gone with the Wind. The plantation elite here do not confide intimacies to their slaves, and occasionally take orders from them, as Vivien Leigh did from Hattie McDaniel. Instead, they poke and stroke the bodies of their chattel; shy a heavy glass decanter at a slave girl’s head; and leave Solomon (Chiwetel Ejiofor) to be hanged in the front yard as the other slaves tend meekly and carefully to their chores. In an episode as grueling as the scourging in Mel Gibson’s The Passion of the Christ, Master Epps (Fassbender) applies dozens of lash whips to the scarred body of favorite mistress (Oscar winner Lupita Nyong’o) and orders Solomon to do the same.

Other antislavery films reveled in the white man’s inhumanity to people he thought less than human; 12 Years a Slave made the spectator feel the sting of each indignity. To McQueen, it was a matter of finding new aspects in familiar territory. “I was just interested in telling the truth by visualizing it,” he told Decca Aitkenhead of The Guardian. “I mean, some images have never been seen before. I needed to see them. It’s very important. I think that’s why cinema’s so powerful.”

(READ: The unflinching vision of 12 Years a Slave)

This searing epic, shot in just 35 days for about $20 million, grossed nearly $180 million worldwide and earned McQueen, as one of the film’s producers, an Oscar for Best Picture. (Alfonso Cuarón received the Director prize, for Gravity.) And this wasn’t the usual case of a director of radical independent films softening his vision for mass consumption, as David Lynch did on the road from Eraserhead to The Elephant Man, or Darren Aronofsky from Pi to Black Swan. McQueen’s approach was as harsh and uncompromising here as in any of his short films or earlier features. He didn’t go Hollywood. Hollywood, and the world, went to him.

With luscious, remorseless artistry, he has taught us to see things his unique way. And now our Steve McQueen is the Steve McQueen. 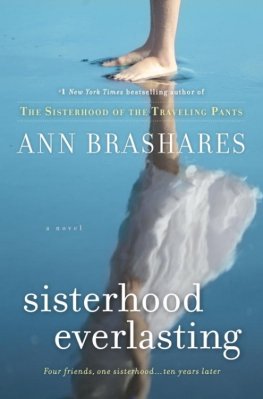