With Auto Sales Slumping, Car Dealerships Will Wheel and Deal

After weeks of bad winter weather have turned car sales cold, the forecast calls for automakers to hike rebates and incentives to get the new car market moving again.

Automakers are expecting 2014 to be an exceptionally big year for sales. The analysts at Edmunds.com have forecast that sales of light vehicles will hit 16.4 million this year, up nearly 6% over the 2013 total, which was itself considered a strong performance for the industry.

But 2014 hasn’t gotten off to a good start for automakers and car dealerships. One reason why this is so is that people don’t tend to visit car dealerships—or even leave the house unless it’s 100% necessary—when record-setting cold spells and generally miserable weather are hitting their communities, as was the case in much of January. Despite great expectations for auto sales in 2014 as a whole, it shouldn’t have come as a surprise that car sales fell 3% in the year’s first month, compared to January 2013.

Nonetheless, any sales decline — even one largely blamed on Mother Nature — can be enough to get automakers antsy; by some account, January 2014 was the first month since August 2010 that there was a month-over-month sales decrease. Therefore, it also shouldn’t come as a surprise that automakers and dealerships are going to aggressively try to rebound from the January slump with strong sales increases in the months that follow.

(MORE: The Auto Industry’s Hard Sell to Convince Your Kids They Need to Buy Cars)

They’ll do so, analysts say, by resorting to big incentives and discounts, which are likely to inspire their competitors to do the same. Incentive wars, with each automaker trying to one-up the others in order to snag sales, could be a reality very soon.

The Detroit Bureau quoted Eric Lyman, vice president of Editorial and Consulting for ALG, formerly known as the Automotive Leasing Guide, who said, “Rising inventory levels combined with several more waves of bad weather will result in a short-term spike in incentives.” With dealership lots growing crowded with unsold vehicles, Lyman said he expected cash-back rebates and other incentives to jump in the neighborhood of 15% to 20%.

Whether or not incentives are hiked significantly depends largely on how difficult it is for dealerships to get consumers to buy now. Karl Brauer, senior director of insights for Kelley Blue Book, told The Detroit Bureau that there is a “very real possibility of an incentives war if sales don’t pick up in the coming weeks.”

According to Benzinga.com, Brauer explained, “If one automaker starts an incentives war several more will almost certainly join in.”

Bigger incentives are likely to pop up for a wide range of auto brands, but especially with automakers that struggled mightily in January—such as Toyota, which experienced a 27% sales dip in the month. Likewise, speaking via Reuters, Joseph Spak , an auto analyst for RBC Capital Markets, said, “Toyota may have to revise current (production) schedules and/or utilize still higher incentives.” 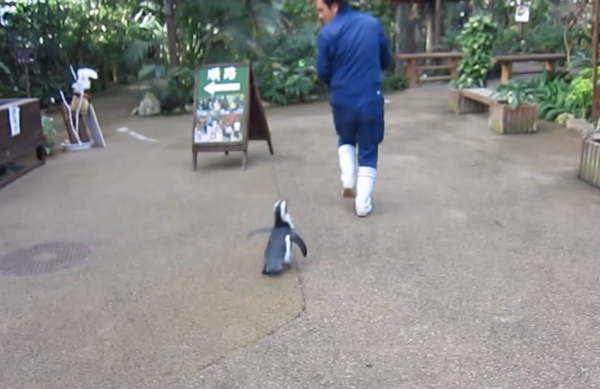 This Needy Penguin Just Wants to Be Loved
Next Up: Editor's Pick