Three doctors working for a charity in Afghanistan were killed in Kabul on Thursday after being gunned down by a local security guard at a hospital.

The assault occurred at the Cure International Hospital on Thursday morning, according to the New York Times.

According to the U.S. embassy in Kabul, all three of the victims in the shooting were American citizens. They included a doctor as well as a father and son visiting the facility, Afghan Health Minister Suriya Dalil told Reuters. The security guard behind the attack was reportedly shot and injured during the melee.

“The United States condemns the attack today in Kabul that killed three Americans working to provide health care to Afghans,” National Security Council spokesperson Caitlin Hayden said in a Thursday statement. “Any such attack on civilians at a hospital is despicable and cowardly. We send our deepest condolences to the families of all those killed and injured.”

The assault comes weeks after an Afghan police officer opened fire on two AP journalists in the eastern city of Khost in early April. AP photographer Anja Niedringhaus was killed during the shooting and correspondent Kathy Gannon was injured.

This story has been updated to include National Security Council spokesperson Caitlin Hayden’s statement and Afghan Health Minister Suriya Dali’s comments on the identities of the victims. 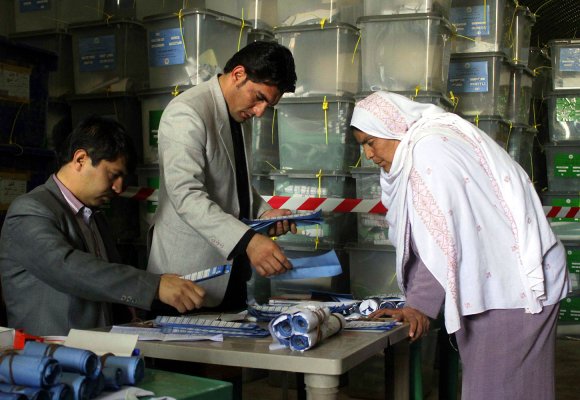