10 Secrets to Influencing Absolutely Anyone

Ever wish you were better at getting people to do what you want? You can be. All it takes is practice and desire.

I know this from experience. When I first got involved in the American Society of Journalists and Authors, I quickly learned a few things about freelance writers. They’re (mostly) brilliant. They’re creative and articulate, accustomed to living literally by their wits. But for the most part, they are not joiners. They’re self-motivated, self-directed, and not inclined to go with the flow (or else they’d be working in an office somewhere). They’re individualistic, and can be cantankerous. And here I was, trying to get them to follow my lead.

My first initiative was an internal market to match volunteers with volunteer jobs. It didn’t go well. The people giving out jobs either didn’t want new volunteers or didn’t want to put their jobs in my market. They didn’t want to hear from me or the volunteers I’d recruited. Despite my best efforts, the project fizzled out. I couldn’t figure out how to sway them.

It’s been 15 years since then and I’m now president of ASJA which is a job that still in large part consists of asking freelance writers to follow my lead. And sometimes to set aside their strongly held opinions for the good of the organization. I couldn’t do it if I hadn’t learned a few things over the years about how to get people on my side:

Even if you already know what people are going to say, and even if there’s no way you can do what they want, start by listening. Being listened to is one of the things they want–that’s true of just about everyone. That was one mistake I made on my first project: I had listened to people who wanted to volunteer, but not to those who had volunteer jobs to offer. I assumed they’d be happy to have new volunteers but I was wrong.

Not only because everyone wants to be listened to. Careful questioning will help you determine what people really want, which is often different from what they say they want. It will also tell you what they have to offer.

Look for ways to connect that have nothing to do with the work at hand. Maybe they have children the same age as yours, or they live somewhere you’ve vacationed, or you share the same hobby. Even if none of that’s true, you can still make a bit of a connection based on universal experiences. For instance, right now a large portion of the United States is suffering through extreme winter weather.

4. Let your own guard down.

It’s always tough to know just how much of your personal life it’s OK to share in a business context. Many people err on the side of caution by sharing little or nothing about themselves. Instead, decide what you feel comfortable having other people know, and then give them a few details. You’ll make other people feel safer, and engage their human side.

5. Never miss a chance to say thank you.

6. Never miss a chance to give praise.

Most of us never get enough praise for the things we work hard to do. So if you want to influence someone, make sure to call out what they’ve done well and how they’ve contributed to your organization or your well-being. Do it in public if you can.

7. Never miss a chance to apologize.

If you hate apologizing, get over it. An apology is one of the most powerful tools you have for winning people to your side. If a decision you made caused someone inconvenience or upset, an apology lets them know that you care. That’s true even if you don’t regret the decision itself, but only the harm it caused them.

(One word of caution: Don’t ever apologize, praise, or thank unless it’s sincerely how you feel. People can tell when you’re faking and it will backfire.)

8. Strive to give people what they want.

Obviously, this isn’t always an option. But if you can figure out what people really want or need and make sure they get it, they’ll be that much more likely to give you what you need from them.

Sometimes you know that someone would be disastrously bad at a job they want. Should you say so? Unless you’re giving them feedback with a view to their being qualified later on, don’t. You’re better off giving that person a more palatable out. For instance, you’ve already promised the job to someone else.

Do you find yourself getting and making a lot fewer phone calls than you used to? With email, text, and social media, I do. But there are times when a phone call or face-to-face communication makes a big difference. One of those is if you have disappointing news to deliver. Another is if you are asking someone to take on a bigger role or added responsibility.

On the phone you can answer any questions they have, or listen to any venting they may need to do in real time. You’ve stepped away from your other duties to spend time with them. That lets them know you really care about whatever you’re calling for. It’s a powerful way to make them care too. 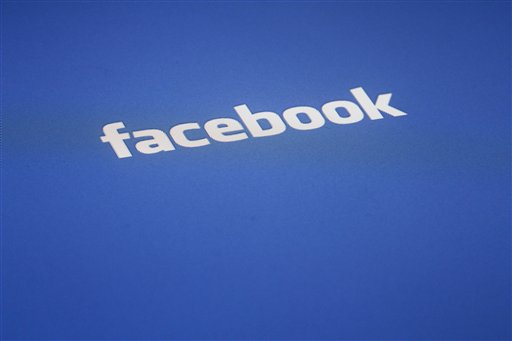 Facebook Employees Are About to Get Their Own ... Boat
Next Up: Editor's Pick