Even If Janet Yellen Is Wrong About the Economy, She Is Right About Fed Policy

Janet Yellen’s first testimony on Capitol Hill was a resounding success. She was poised, confident in her decisions, and clear about her intentions at the Federal Reserve. But it was not so much what she said as what was behind it that makes it a tour-de-force performance and shows us that our monetary policy is in the hands of a capable leader.

After some initial tumult, the market has come to accept the scaling back of the Fed’s bond-buying program and can even see the many benefits of a taper: higher interest rates will discourage excessive borrowing, prevent the formation of new asset bubbles, and stabilize our economic growth at a realistic level that is fueled by real value creation and not the availability of cheap money.

Of course, if the economy really is weaker than anticipated – as the recent jobs report, which showed that only 113,000 jobs were added to the US economy in January, might indicate, then the contraction of money supply could slow down the recovery and reverse the trend of declining unemployment. In her testimony, Yellen expressed confidence about the economy but acknowledged that unemployment is still high and that a large number of people have been unemployed for an extended period of time.

And yet she opted to stick with the taper. There are two very good reasons for this.

What Yellen recognizes is that the most powerful tool in the Fed’s toolbox is its credibility. In order for monetary policy to work at all, it is imperative that the markets believe what the Chairman of the Fed says, and be able to rely on the guidance that the Fed gives to price securities. Any wavering by the Fed can lead to mispricing of both stocks and bonds and create volatility. That is precisely what happened late last year when Yellen’s predecessor, Ben Bernanke, flip-flopped on the taper. He first indicated that he would and then, after the markets plummeted, changed his mind. It led to immense confusion, which was probably good for day traders and arbitrageurs, but a disaster for regular investors, who require visibility and reliability.

Yellen knows that even if she has to reverse course later this year, she is better off doing it in response to undeniable market conditions (when a reversal will be expected anyway) than doing it on a whim now, which would damage the Fed’s credibility in the eyes of investors and make its future guidance ineffective.

A sudden easing of monetary policy now would also cause over-exuberance in the stock market as the anticipation of cheaper capital fuels a buying spree, and create a bubble. Moreover, a drop in interest rates will not automatically spur lending by banks, who were hesitant to lend even in 2013 when the Fed stimulus was in full swing. This casts serious doubt on whether our economy, and consequently the job market, would actually benefit from a reversal of the Fed’s taper at all.

Only time will tell whether Yellen’s assessment of the current state of our economy is correct, but she is definitely right about policy.

Sanjay Sanghoee is a political and business commentator. He has worked at investment banks Lazard Freres and Dresdner Kleinwort Wasserstein, as well as at hedge fund Ramius. Sanghoee sits on the Board of Davidson Media Group, a mid-market radio station operator, and has an MBA from Columbia Business School. He is also the author of two thriller novels. 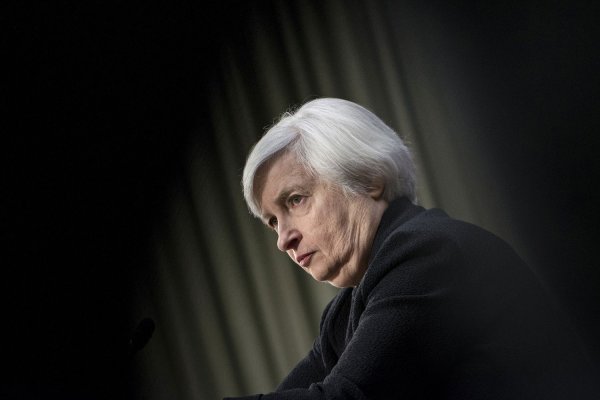 Janet Yellen Stays the Course Set by Bernanke
Next Up: Editor's Pick