This week’s TIME magazine is the annual TIME 100 double issue, naming 100 of the most influential people in fields from art to politics to science. And because TV is still one of the biggest means through which influencers influence, TV and media figures are all over the list.

The usual caveats: I suggested some of the names on the list (and some names that did not make it), but I didn’t choose the final 100–our editors do. And before you ask why someone who scored high on on the Time 100 Reader Poll isn’t on the list: as with our Person of the Year poll, it’s a poll, not a binding vote.

On that note, these are some of the trends and currents emerging in this year’s Time 100, TV and media edition:

* Streaming media continued to be a force in TV, and this year’s list reflects that from several angles: Robin Wright, who won the Emmy and Golden Globe for Netflix’s House of Cards; Jenji Kohan, who created Netflix’s most distinctive (and best) new series, Orange Is the New Black; and Jeff Bezos, who, as Amazon’s ambitious series development and yesterday’s deal with HBO remind us, is now an online TV executive in his own right (while also, by the by, having picked up the Washington Post).

* As TV has gained equal stature to other arts media, it’s increasingly sharing talent with the movies: Benedict Cumberbatch exercised his brain on Sherlock before becoming the movies’ go-to cerebral character actor; Matthew McConaughey collected an Oscar and may well grab an Emmy for his tour de force role in True Detective; and even director Alfonso Cuaròn followed up his Gravity success with an NBC series, Believe.

* TV doesn’t only cross-pollinate with the movies, but also music: singer Carrie Underwood was made by a TV show (American Idol); Miley Cyrus by another (Hannah Montana), well before the Great Twerking Crisis of 2013 on MTV; and how is Pharrell Williams following up the year of “Get Lucky,” “Happy,” and “Blurred Lines”? By becoming a coach on The Voice! (Not to mention, Cyrus and Williams’ work has contributed to some of the year’s liveliest discussion about gender and cultural appropriation.)

* TV news continued to matter–for better or worse–in the past year, and both cable and broadcast are represented: Megyn Kelly, the Fox News star who had new primetime ratings success (and launched a debate as to whether Santa Claus is white), and Charlie Rose, the interviewer representing the old school in the early morning and late at night.

* It was a big year of turnover in late night; following Jimmy Fallon on the Tonight show, Seth Meyers’ brainy comedy has (so far) held up in the ratings competition for NBC. (And the turnover’s just starting; next year, it could be Stephen Colbert, or a player to be named later.)

* Finally, some of the Time 100 slots were simply about great performances: Keegan-Michael Key and Jordan Peele, leading the best sketch comedy on TV (and who seem to be everywhere else on TV right now, including upcoming roles on Fargo), and Kerry Washington, whose committed performance grounds the growing hit Scandal even as its plot rides a weekly express train to crazytown.

Obviously there are a lot more than 100 influential people, in TV alone, let alone the rest of human endeavor. TIME’s had its say, but I’m curious to know who you’d add to this list (or take off). 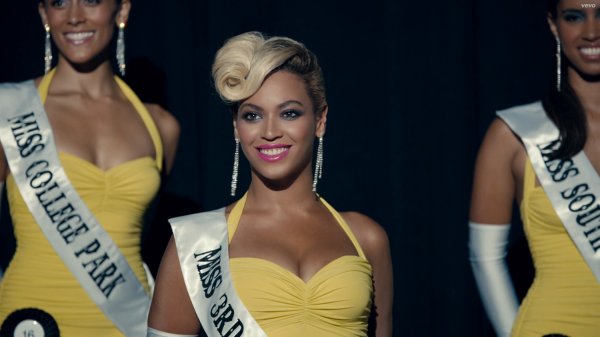