Facebook once again exceeded analyst projections in its latest quarterly earnings report Wednesday, as the world’s largest social network continued to show investors it can transition its advertising business to mobile devices.

The company generated $2.5 billion in revenue and had earnings (minus some line items) of 34 cents per share in the first quarter of 2014, greatly topping analyst estimates of $2.36 billion in revenue and 24 cents per share in profits. Net income for the quarter was $642 million, triple the figure from the same quarter last year. Facebook shares rose only slightly on the strong earnings in after-hours trading.

The social network said it gained about 50 million new monthly active users in the quarter, increasing its total to 1.28 billion. Daily active users now total 802 million, up from 757 million in the previous quarter. In a key milestone, mobile monthly active users also crossed the one-billion mark for the first time. Mobile ads are quickly increasing in value for the company and now generate almost 60 percent of Facebook’s total ad revenue.

“These results show Facebook’s business is strong and growing,” CEO Mark Zuckerberg said in a conference call with investors.

Despite early doubts when Facebook first went public in 2012, the company has now proven that it can have a mobile-first mindset and profit handsomely from it. The next challenge for the social network will be growing its business outside of the Western world. Nearly two thirds of Facebook’s users now reside in places besides the U.S., Canada or Europe, but the revenue it generates per user is more than six times greater in the United States than Asia. Some of Facebook’s moves early this year, like purchasing messaging platform WhatsApp for $19 billion and announcing plans to beam Internet access to people in remote areas via drones, seem directly aimed at shoring up revenues in these non-Western markets in the long term.

Though Facebook is making several long term bets, including the purchase of virtual reality startup Oculus VR for $2 billion in March, the company is content to let its main website do the heavy lifting of generating profits for now. Zuckerberg and Chief Operating Officer Sheryl Sandberg both stressed that acquisitions like WhatsApp and Instagram won’t be monetized heavily anytime soon. Neither will internal Facebook products like the Paper news reading app and the new auto-play videos that now appear in users’ News Feeds. “The current priority is growth,” Zuckerberg said of Facebook’s suite of apps and services. He pointed to 100 million users as a threshold to cross before developing an app into a significant business.

The company once again expressed confidence that it will be able to serve users increasingly relevant ads on Facebook, thus boosting their value to marketers. Data backs up the claim—a recent study by Adobe of Facebook ads used by 100 large social media advertisers found that click-through rates in the first quarter increased 160% year-over-year. “The ads are getting more relevant, but there’s a long way to go,” Sandberg told investors. “We have a great opportunity to build the first platform for personal marketing at scale.” 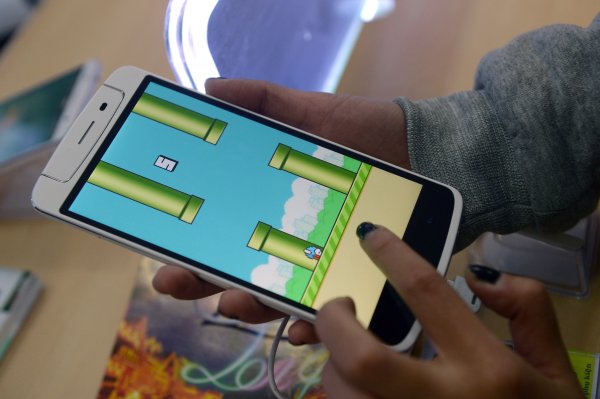 Flappy48 Combines the Two Most Addictive Games Ever Into One
Next Up: Editor's Pick