Long-Life Secrets From The 115-Year-Old Woman

The secret to a longer life may be discovered in the body of one of the world’s oldest humans.

When Hendrikje Van Andel-Schipper donated her body to science, she gave longevity researchers a truly special gift. She was the oldest person in the world when she died at age 115, and her body, in the hands of a team of Dutch researchers, launched a slew of breakthrough investigations into why some people live longer than others. In 2010, scientists led by Dr. Henne Holstege at the VU University Medical Center in Amsterdam sequenced Andel-Schipper’s genome with the hope they would uncover something about the secrerts of longevity from her genes.

In Holstege’s latest study, published in the journal Genome Research, the researchers looked for gene mutations in Andel-Schipper’s blood. When stem cells divide, they generate different types of blood cells, like white blood cells. But these divisions can also cause mutations. They wanted to determine whether mutations can occur in healthy white blood cells over time, and if they have any impact on health. They discovered that although she was a mostly healthy person, there were hundreds of genetic mutations in her cells, which they thought was curious. So the researchers explored where these white blood cells were coming from, and took a look at her stem cells.

Scientists estimate that everyone starts their life with about 20,000 stem cells, 1,300 of which are considered “active.” To the researchers’ surprise, Andel-Schipper only had two active stem cells at the time of her death. “At first I could not believe that it was true. I thought it must be a technical error. It cannot be true that this person can still be alive with two stem cells,” says Holstege.

The researchers then looked at the length of the telomeres on Andel-Schipper’s blood cells and discovered they were extremely short compared to all her other organs. As cells age, their telomeres get shorter. Therefore, the researchers realized that there may be a limit to the number of divisions our stem cells can make, and that at a certain point, they must start to die from division exhaustion. It’s possible that stem cell exhaustion was the cause of death of Andel-Schipper, and that it could also be the cause of death among many people who live to great ages, although the researchers acknowledge that more research needs to be done to determine whether this holds true.

If proven, the implications for aging are significant. If there’s a limit to the life of stem cells, that’s a limit to human life. But what if you could replenish them?

Aging is a puzzling phenomenon for researchers, and even businesses like Google are setting their sights on life expectancy. In September, TIME broke the news that Google co-founder Larry Page plans to launch a firm called Calico, which will focus on solving health problems, specifically expanding the human lifespan. The details of the endeavor remain undisclosed, but it’s more evidence that the desire to understand aging reaches far beyond the lab. Meanwhile, Dr. Holstege’s team is still searching Andel-Schipper’s genome for answers. Dr. Holstege is in the process of searching her genome for elements that protect against Alzheimer’s, since Andel-Schipper grew old with no signs of dementia.

So while there are likely several overlapping factors at play, the new research suggests that perhaps we should consider stem cells one of the secrets to a longer life. 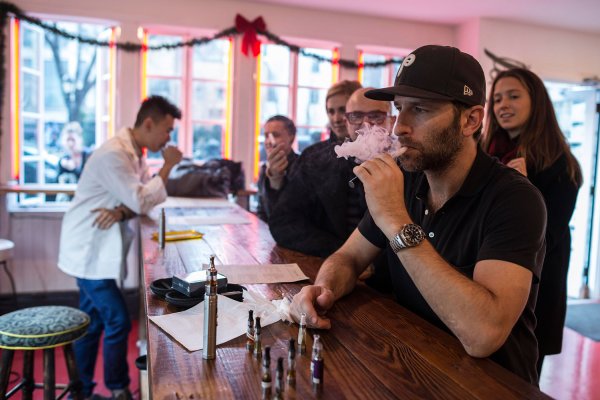