Russia Vows To Defend Itself if 'Interests' Attacked in Ukraine

A pro-Russian masked gunman patrols a street in the center of Slovyansk, eastern Ukraine, April 23, 2014.
Sergei Grits—AP
By Sam Frizell

Moscow warned that an attack on Russian “interests” could prompt a Kremlin-backed military response, less than a day after Ukraine announced it would resume “anti-terrorist” organizations against pro-Russia militia in its eastern cities.

Russian Foreign Minister Sergey Lavrov said in an interview with the Kremlin’s satellite news network Russia Today that any attack on Russian interests amidst the tumult in eastern Ukraine would be considered an attack against Russia, comparing Russia’s stance to its military incursion in the breakaway Georgian region of South Ossetia.

“If we are attacked, we would certainly respond,” Lavrov said. “If our interests, our legitimate interests, the interests of Russians have been attacked directly, like they were in South Ossetia for example, I do not see any other way but to respond in accordance with international law.”

Acting Ukrainian President Alexander Turchinov directed security forces to resume military operations in the restive east of the country Tuesday, following an “Easter truce” with pro-Russian separatists who have occupied government buildings in various cities there.

Lavrov blamed the U.S. government for directing events in Ukraine, pointing to U.S. Vice President Joe Biden’s visit to Kiev. “There is no reason not to believe that the Americans are running the show,” Lavrov said.

As Moscow hinted at possible military action in Ukraine, the first U.S. paratroopers landed in Poland, CNN reports, as part of what the Pentagon said would be a persistent force in the region as a counterbalance to the emerging crisis in Ukraine.

The U.S. troops will conduct group exercises with Polish forces, and forthcoming troop arrivals in Lithuania, Latvia and Estonia are similarly intended to serve as a sign of solidarity with NATO allies.

Lavrov criticized U.S. involvement in the conflict. “Ukraine is just one manifestation of the American unwillingness to yield in the geopolitical fight. Americans are not ready to admit that they cannot run the show in each and every part of the globe from Washington alone,” he said. 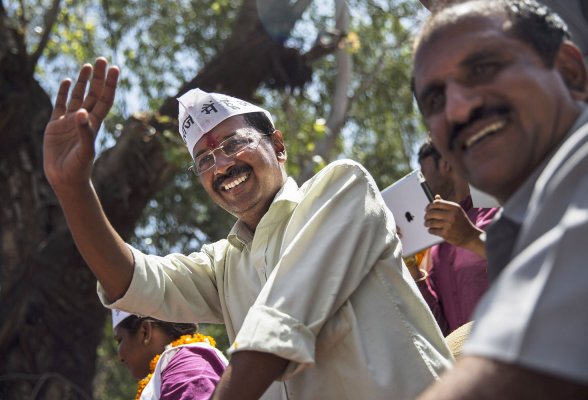