Non-violent federal inmates who have served at least 10 years of their prison term are eligible to participate in a new initiative to send more clemency requests to President Barack Obama, the Department of Justice announced Wednesday.

The Obama Administration has been working for years to reduce the sentencing disparities between convictions for crack cocaine and powder cocaine, but sentencing legislation updated in 2010 was not made retroactive. Obama recently granted commutations to eight crack-cocaine offenders who were serving lengthy sentences, but there are thousands more in similar positions, some of who are expected to qualify under the expanded criteria for clemency announced Wednesday. Under the 2014 Clemency Initiative, non-violent, low-level, federal prisoners who would have received a lower sentence if convicted today and have served 10 years in prison with good conduct can be identified and seek clemency through the Bureau of Prisons, Deputy Attorney General James Cole said.

“These defendants were properly held accountable for their criminal conduct,” Cole said. “However, some of them, simply because of the operation of sentencing laws on the books at the time, received substantial sentences that are disproportionate to what they would receive today.

Officials said the new initiative will streamline the process of clemency requests and identify more candidates for Obama to consider. They said the initiative will keep public safety in mind, reiterating that clemency does not mean prisoners are being pardoned for their crimes. “Even low-level offenders cause harm to people through their criminal actions, and many need to be incarcerated,” Cole said.

A number of pro-bono lawyers and organizations, including the National Association of Criminal Defense Lawyers, Families Against Mandatory Minimums, the American Bar Association, and the American Civil Liberties Union have also agreed to work with prisoners who fit the criteria and request legal assistance. The groups praised the administration’s shift on sentencing, while noting there are many other federal inmates whose sentences are disproportionate to their crimes.

“The doors of the Office of the Pardon Attorney have been closed to petitioners for too long,” said Mary Price, FAMM General Counsel. “This announcement signals a truly welcome change; the culture of ‘no’ that has dominated that office is being transformed. We stand ready to assist in any way we can to support petitioners and bring their cases to the attention of the President.” 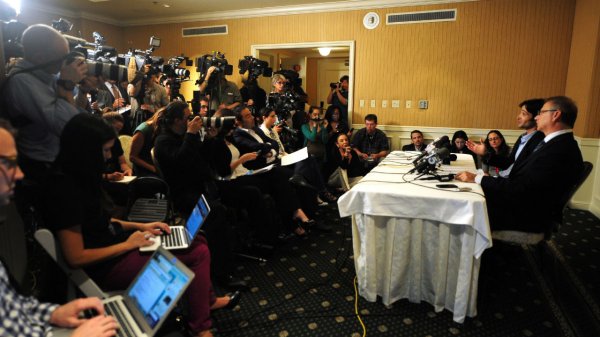