Whether you’re in the stadium cheering like crazy for them, or sitting on the couch screaming in disbelief because someone just pulled off the seemingly impossible, great athletes can inspire you. They can move you. Sometimes even to tears.

The influence of the five athletes in the 2014 TIME 100 extends far beyond the playing field. Jason Collins, center for the Brooklyn Nets, finished the 2013-2014 NBA season averaging 1.1 points and 0.9 rebounds per game. Despite the unimpressive stats, he’s a pioneer. This year Collins became the first openly gay athlete to play in a major U.S. sports league. “Jason has always maintained that he’s first a basketball player,” writes Chelsea Clinton, Collins’ Stanford classmate, in the TIME 100 issue. “He is. But he’s also a leader and inspiration.”

Richard Sherman, of the Super Bowl champion Seattle Seahawks, isn’t just the best shutdown cornerback in the NFL. His smack-talking rant during a post-game interview, immediately following the NFC championship game, sparked a national conversation about race, stereotyping, and sportsmanship. Critics were quick to label the dreadlocked star a “thug.” But Sherman, a Stanford grad raised in Compton, Calif., engaged in the debate — most athletes flee social questions — and wondered if that term is really today’s way of calling him the N word. In a heartbeart, Sherman altered the discourse.

Serena Williams is back on the list — she last made the TIME 100 in 2010 — which is a testament to her staying power. Williams is still the number one player in the world. Remember, years ago, when skeptics wondered if she was focused enough on tennis, given her passion for fashion and other interests? Plenty of tennis stars burned out. Serena remains a dominant force — and a joy to watch.

“Serena is a warrior,” writes her friend, Miami Heat star Dwayne Wade. “An aggressive and competitive nature combined with passion, drive and skill make her a formidable and fierce opponent.”

The young golf phenom Lydia Ko, who turns 17 today, has the potential to help grow the women’s game around the world. “She is responsible for sparking increased interest in our sport not just in her native South Korea and adopted homeland of New Zealand but also among juniors across the globe,” writes eight-time LPGA player of the year Annika Sorenstam.

Around a billion people watched the 2010 World Cup final between Spain and the Netherlands. Soccer’s influence exceeds its beauty. This summer in Brazil, Cristiano Ronaldo of Portugal — the world’s best player — will try to lead his country to its first-ever appearance in the championship match. “I wish him the best this summer at the World Cup in Brazil,” writes Pelé. “But if Portugal goes to the final against Brazil, I’m sorry, Cristiano, but I want to Brazil to win.”

Pelé will be cheering. And the world will be watching, enjoying the kind of shared cultural experience that sports, and sports alone, can deliver. 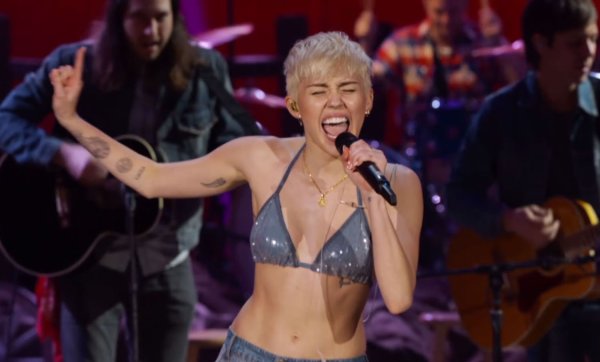 This Was the Year of Pop Feminism
Next Up: Editor's Pick