The Boy Scouts Banned My Church Because We Support Gays

The congregation that I serve, Rainier Beach United Methodist Church, is an incredibly diverse place. We have various racial and ethnic groups. Our people come from various economic strata. We have gay and straight people. Beyond just having the diversity, we are a place that values every person that God has placed within our community.

Because our church sits in the heart of our diverse neighborhood and has become somewhat of a community center, we knew that it was the right time to charter a Boy Scout troop in the congregation. In envisioning this troop we wanted it reflect who the congregation is, and to welcome in the community around us with authenticity.

We didn’t choose Geoff McGrath as a political statement. We chose Geoff because he was the perfect person for the job, an Eagle Scout himself, and someone who has a Master’s degree in Social Work. He has mentoring and leadership skills that someone taking on this role needs. A perfect fit. Geoff was quite willing, to serve as scoutmaster but was also nervous that his being gay would pose a problem for me and for the congregation. I assured him that putting him in the leadership of this troop would reflect and live out the values of our congregation, and that we would not have a troop at Rainier Beach UMC unless it was fully inclusive, because that is who we are.

Apparently, who we are is a problem for the Boy Scouts of America. Our congregation’s new troop was welcomed warmly by the Chief Seattle Council with full knowledge of the values of Rainier Beach United Methodist Church, as well as who Geoff McGrath is. Our congregation is the religious partner in this chartering relationship, and it troubles me that our belief that God created and loves each and every one of us, just as we are is being ignored and in fact denied by the Boy Scouts of America.

Last year, when the Boy Scouts voted to remove the ban on gay youth from Scouting, much of the speculation was on how churches might react to the change. It seems as though that speculation was only concerned with the churches that actively exclude LGBT people from congregational life and leadership. The actions of the Boy Scouts has communicated to me that there is little reverence for a congregation that welcomes, includes, and values all people. Rainier Beach United Methodist Church believes putting someone in a closet and not letting him be honest about who he is when asked is not “morally straight,“ to use a Boy Scout term.

Our congregation is the chartering organization for the troop, and yet I, as the pastor, had no contact from the BSA when they told Geoff that he was kicked out as a leader. Further, the BSA asked me and the congregation to violate our conscience and our religious beliefs by removing him as a leader of the Boy Scout troop when we know he is the most gifted for the leadership of the troop we chartered. That is not how a partnership works. The Boy Scouts of America need to recognize the growing number of churches whose beliefs include all people. And by all, we mean all.

Our congregation continues to be committed to serving the youth of our community. At the moment, we are exploring what options exist for the future of the troop that we have worked so hard to build. We hope that the Boy Scouts will support our congregation and our values, as it has supported so many other congregations around the country.

Our Boy Scout troop is a part of our congregation’s ministry to its immediate context. Rainier Beach UMC serves the immigrant, the refugee, the middle class person, the mixed-race person, the single parent, the elderly, the young, the lesbian, gay, bisexual, transgender person, the lonely, the powerful, the least and the lost. We will keep serving all those people who are a part of our context, because that is what the Gospel calls us to do.

Write to Monica Corsaro at revmokat@yahoo.com. 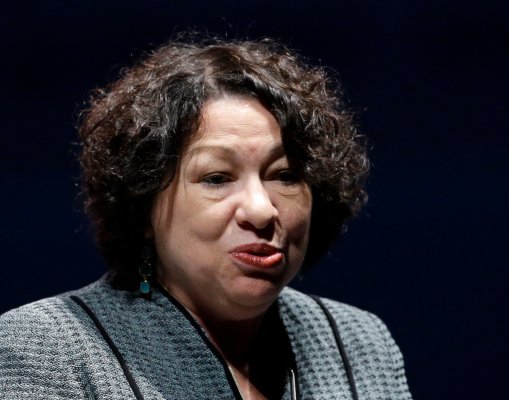 We Can Affirm That Race Matters—But Much Less Than It Used To
Next Up: Editor's Pick