Here Are the Top 10 Highest-Paid Executives Under 40

If you’re the cheerful, satisfied sort—happy with your job, duties, and compensation—you may want to shuffle along to the next article. Keep the peace of mind you have. Cherish it. And whatever you do, forget that the following ten young executives pocketed over $5 million in 2013 alone.

Figures are from public SEC filings.

Note #2: a few companies—like Yahoo—have yet to file their proxies, leaving one or two likely candidates (hey there, Marissa Mayer!) off this list.

Note #3: Where’s Mark Zuckerberg? Many famous young entrepreneurs do not make this list for two reasons. First, some well-known founders—like Zuck—take a very small salary, often $1 per year. Companies like Facebook save the big checks for all-star second-in-commands, where they need to lure top people away from other firms. Second, this is a list of 2013 compensation, so individuals who made a big splash—or got a large stock award—last year are more likely to win a place on the list.

EA owes part of its ongoing success to Patrick Söderlund, 39, racecar fanatic and international games guru. Currently an executive vice president at EA, he leads development on big game series like Battlefield and Need for Speed.

Obsessed with sports—including both virtual games and real-world leagues—Andrew Wilson rose through EA’s ranks largely through directing the company’s wildly popular FIFA franchise. He was appointed CEO in 2013, at the age of 39.

Ryan McInerney is only 38, but his resumè reads like a six-decade-long career. First, he worked as a principal consultant at McKinsey & Company. Next, he joined JP Morgan Chase, where he helped create and launch the company’s first mobile banking product. At 34, he was picked to lead the company’s entire consumer banking division, which put McInerney in charge of over 75,000 employees. Visa then lured him away in 2013, where he now serves as the credit company’s president.

It turns out you don’t always need to work in finance or tech to make a multimillion-dollar fortune. Mark Tarchetti, 38, is the executive vice president at Newell Rubbermaid, the company best known for its popular line of tupperware products. Of course, selling plastic, airtight kitchenware isn’t going to make you rich on its own—the company also owns a variety of writing brands, like Sharpie, Paper Mate, Expo and Uni-Ball. Today, Tarchetti leads much of the company’s research and development initiatives.

Hari Ravichandran, 37, is the founder and CEO of Endurance International Group, a company that owns a variety of Internet brands (such as HostGator, Homestead, and Bluehost) and can be best described with a flurry of trendy tech phrases like “cloud-based” and “big data.”

CEO of ViSalus Science (a subsidiary of Blyth, Inc.), Ryan Blair, 36, focuses on weight management, dietary supplements, and energy drinks. He’s perhaps better known, however, as the gang-member-to-CEO who wrote about his experiences in the appropriately-titled, Nothing to Lose, Everything to Gain.

Stephen Gillett (36) first gained national attention after becoming the chief information officer at Starbucks in 2008, though his résumé includes such prominent companies as Yahoo, CNET Networks and Sun Microsystems. More recently, he became Best Buy’s executive vice president, but he moved on to Symantec after only nine months. It seems even Gillett couldn’t slow the downward slide of big box electronics stores.

Michael Schroepfer (39) has been a rising technical star at Facebook for years, moving from director to vice president to chief technical officer, a post he reached in 2013. Before Facebook, he had led development on Mozilla’s once-popular Firefox browser.

The 31-year-old hedge fund trader is also an extreme outlier. Forget under 40-year-olds: he made more in 2013 than anyone, even Oracle’s Lawrence J. Ellison ($81.8 million), due to some very generous stock awards. James S. Levin first made national news in 2012 when he bet $7 billion (a third of Och-Ziff’s total assets) and made the company nearly $2 billion in one trade, accounting for over half of Och-Ziff’s annual profit. Last year, he received $119 million in stock, earning him more than the nine other men on this list combined. 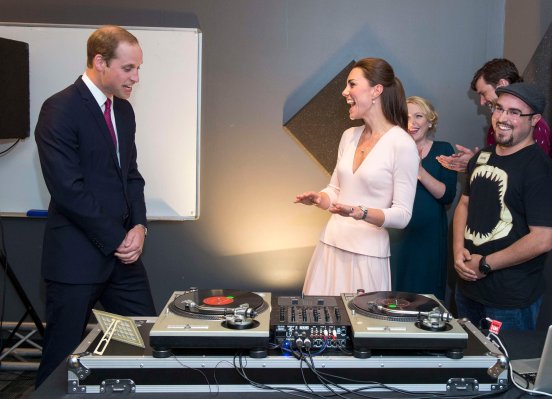 Kate and William Learn How to DJ in Australia
Next Up: Editor's Pick