Protesters demonstrate against TransCanada in Portland on the opening day of the southern leg of the Keystone Pipeline, on Jan. 22, 2014.
Alex Milan Tracy—Demotix/Corbis
By Tony Horwitz

I recently traveled the tar sands of Canada and the route of the Keystone XL pipeline from Alberta to Nebraska. At ground-level, on North America’s new energy frontier, it’s clear a revolution is underway that goes well beyond the heated and sometimes hysterical debate over a single pipeline.

Almost no one I met during 12 days in Canada regarded the fate of the XL as critical to development of the tar sands. Production is ramping up, new pipelines and rail facilities are being built at a frantic pace, and both the province of Alberta and Canada at large appear drunk on the money and jobs the tar sands provide.

On the U.S. side of the border, a similar frenzy is evident in the Bakken, the vast oilfield in North Dakota and Montana that will also feed crude into the XL (if it is built). I met workers from across the U.S., many from poor backgrounds, earning $80,000 or more a year and building a middle class lifestyle. Typical is Greg Ralph, who grew up in a trailer in Texas, didn’t finish high school, and is now moving his wife and two young children into a new home.

“I have a mission,” he told me over beers in Williston, N.D. “To keep my kids out of a house on wheels. I came up that way, and I want better for them.”

If the economic benefits of the oil boom are readily apparent, so too is the environmental devastation. All around Williston, the prairie is on fire with gas burn-off from oil wells — hellish flares that pump six million tons of carbon dioxide into the air each year without heating a single home. I also visited a farm where a pipeline rupture recently saturated the land with 20,000 barrels of crude that will take two years to clean up. “It was just a wheat field before, and then it was an oil field,” said Patty Jensen, on whose property the spill occurred — a 110-year-old homestead now surrounded by rigs and flaring wells.

The Bakken is nonetheless a beauty spot compared to the tar sands region of Alberta. There, the forest and peat bog have been rolled up like so much carpet and the earth peeled to a depth of over 200 feet; flocks of birds die upon landing in toxic tailings ponds; and leaks at one site have been seeping since last May, drowning a large area of woods and wetlands in heavy bitumen.

These encounters, and many others on my 4,000-mile road trip, left me feeling that the Keystone XL is too narrow a scope through which to view the energy transformation in North America. The State Department concluded in late January that the pipeline won’t “significantly enhance” greenhouse gas emissions, and that stopping the XL won’t keep tar sands from being extracted and transported. All that may be true. But the 36-inch-diameter XL will carry only a fraction of the oil as today’s steady flow from Alberta and the Bakken rapidly turns into a gusher.

Tar sands production is on pace to almost double by 2020 and nearly triple by 2030. New mines are being built with a lifespan of 50 years, and production is shifting to steam-injection wells that produce even more greenhouse gases than mining tar sands. Production in the Bakken has roughly tripled over just the past three years. Oilfields in Wyoming, Colorado, and elsewhere in the U.S. are booming as well.

North America, in short, is fast becoming the new Saudi Arabia, and that’s before we count all the natural gas being fracked and the coal being mined.

This energy boom is likely to boost the domestic economy and may allow the U.S. to disengage from oil politics overseas. But a reliable and abundant fix of dirty oil from Canada, and conventional crude from the Northern Plains, will feed our addiction to fossil fuels and reduce the incentive to develop renewable sources of energy. This will “significantly enhance” greenhouse gas emissions, and localized environmental damage will likewise increase: more pipeline spills, more rail accidents, and more forest, wetlands, and prairie despoiled by mining and drilling.

Patty Jensen, whose family farm in North Dakota has been flooded with crude, commutes 65 miles round-trip to her job, and has a son working in the oil patch. “I don’t want to go back to my grandparents’ time,” she said, telling of their constricted lives and a six-year-old forbear who died of appendicitis because she couldn’t reach a hospital in time. But the recent spill, and the industrialization of the prairie she and her husband’s family have farmed for three generations, has led Jensen to ponder the big picture.

Tony Horwitz is the author, most recently, of BOOM: Oil, Money, Cowboys, Strippers, and the Energy Rush That Could Change America Forever. 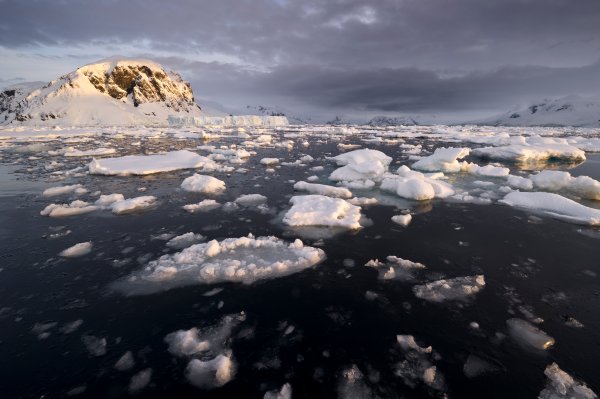 The Big Business of Global Warming
Next Up: Editor's Pick