Kate and William Learn How to DJ in Australia

Britain's Catherine, Duchess of Cambridge gestures to her husband Prince William, as they play on DJ decks at the Northern Sound System in Elizabeth near Adelaide, Australia, April 23, 2014.
Arthur Edwards—Reuters
By Kelly Conniff

Just call her DJ Duchess. Kate Middleton and Prince William hit the decks during a visit to Northern Sound System near Adelaide during their tour of Australia. They also took in a BMX and skateboarding demonstration, but after walking around the community center and chatting with spectators, the royal duo took turns scratching with DJ Shane Peterer.

The Daily Mail reports that Prince William initially demurred when asked to spin, which means Kate went first — let’s take a minute and just imagine a version of “Who’s on First?” with British accents — and apparently she killed it. “She was fantastic but he can fly a helicopter. So horses for courses,” said Peterer.

William also gave the world a rare glimpse of personality — beyond the fact that he has one — when he shared his taste in music: “I like house music, I still like a bit of rock and roll and the classics and a bit of R and B.” He also got weirdly wistful: ‘I’m not a big heavy metal fan. I’d like to be but I’m not.”

So there we have it, folks: the future King of England likes house music, but not heavy metal. Although he kind of wishes he does. Weird. 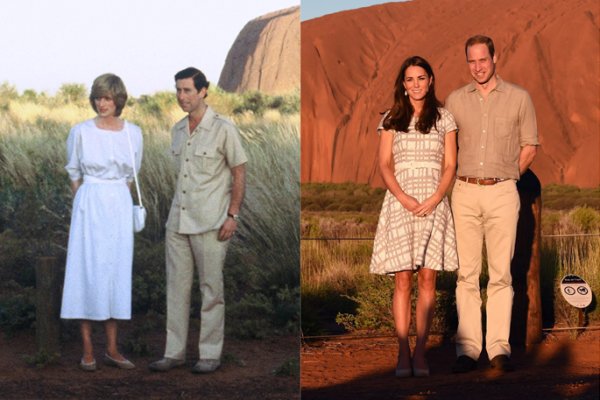 Kate and William Recreate Photo of Diana and Charles Three Decades Later
Next Up: Editor's Pick