Every year on April 23, Stratford-upon-Avon and the world celebrate the birth of the most famous English playwright in history — and this year’s festivities will be bigger than usual, as 2014 marks what would have been the 450th birthday of William Shakespeare.

Except that we don’t actually know for sure whether April 23 was even his birthday.

Here’s what is certain: the records of Holy Trinity Church in Stratford mark the baptism on April 26, 1564, of “Gulielmus filius Johannes Shakspere” and that baptisms — it’s generally thought — usually took place three days after birth. So “Gulielmus” — William, son of John — was probably born three days before, on April 23.

If that’s true, it’s a neat coincidence, as that would mean he was born on the day dedicated to England’s patron saint, St. George. But not everyone is convinced. Some experts believe the April 23 date is a myth, and that a baptism wouldn’t necessarily have been performed three days after birth. It could have been performed sooner — given that babies often died within the first few days of life — or at any time until the Sunday or Holy Day after the birth (the 26th was a Sunday); the coincidence about St. George might also have pushed hopeful British fans of the bard’s to choose the 23rd to observe the birthday.

Either way, Shakespeare fans definitely have something to celebrate — or, rather, mourn — on April 23. Though his birthday is something of a mystery, the day of his 1616 death is less so: April 23. 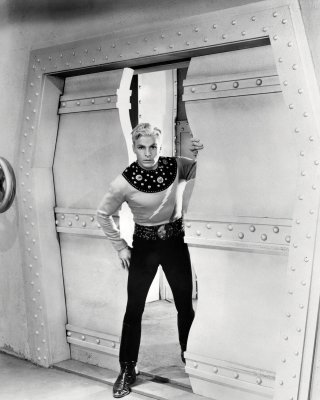 Flash Gordon Movie In The Works
Next Up: Editor's Pick