Searching For Meaning In 50,000 Essays About Modern Love

“This is not rehearsed,” Dan Jones says into a microphone.

He’s standing in front of packed crowd in a small auditorium at the Santa Monica Public Library in Los Angeles. The group of 100 or so –which looks to have no shortage of New Yorkers in addition to locals – sucks on Sweet Tart candies; we’ve all been gifted with a pack, along with a Valentine’s Day card, as we made our way through the doors.

Jones, 51, is here to talk about his book, Love Illuminated, which takes on the least rehearsable subject of all (love). He is something of an expert (if anyone can be) having read 50,000 essays on the topic as the editor of the popular New York Times Modern Love column. Yet even after a decade immersed in tales of the heart, Jones isn’t here to offer advice (or answers) about what he calls “life’s most mystifying subject.” He is here to add an editor’s touch — and a wry sense of humor — to other people’s stories.

The book, like the weekly column, is not about Jones. And so instead of talking about himself up on stage, he calls up 12 members of the audience. Each is a one-time Modern Love essayist, and each has prepared a flash reading.

Hope, a writing instructor, explains that the ancient Greeks had eight different words for eight different kinds of love. “So why do we, caretakers of the planet’s international language” she asks, “expect a single generic monosyllabic word to carry so much weight?”

“What I’ll never understand about love,” explains Liz, an architecture professor, “is just how much of my experience of it happens against my will.”

Each of these presenters has written for the popular series: about maternal love, about looking for signs, about marital finance, about a health scare that turned out to be a blessing, about dating (and remarrying) after a divorce. There are at least 20 others in the crowd who’ve also written essays.

“The book was an attempt to figure out what I knew,” says Jones. “I felt like I’d been doing this column for years and years, and it’s the kind of work that you get lost in. These essays are pouring in, you feel like you’re immersed in it, and I feel like I was more marinating in love than mastering it. I was sort of… stewing in it.”

The Modern Love column started ten years ago somewhat by accident. Jones is a novelist, as is his wife; the column was first offered to them as a couple, after essays each had written about their domestic lives caught the attention of an editor.

Nobody turns down an offer to create a column for the New York Times. And yet, “I can’t say we thought it was the best idea,” Jones says. Who was the audience? What would be too risqué? How did you fact check a column about love, anyway?

And yet the essays began piling up, submitted each week by the hundreds. In the beginning, Jones tried to save them all: clipping each published one out from the paper each week, and sliding it into a protective sleeve; he still has dusty stacks of them on a bookshelf by his side of the bed.

But overtime, the physical collection became too much. And, who needed it? The column had grown into a cultural phenomenon. The actress Maria Bello, who hosted Jones’ book party in Los Angeles, used the platform to come out about her female lover. Dennis Leary’s wife, the novelist Ann Leary, wrote about picking up tennis — and a rough patch in their marriage that lasted for years. There has been an attempt to make the column into a TV show (it lost out to a reality show about Sarah Palin’s daughter), albums inspired by it, and anthologies of essays published. And, of course, pouring out one’s heart onto the pages of the New York Times has become a kind of writer’s right of passage not just therapy on the page, but a launchpad for book deals, films, and even future relationships. (There have been at least 37 books spawned from the 465 essays that have run so far.)

Some of what Jones has learned isn’t all that surprising: People still find love by meeting in the flesh; some find it online. Some treat their search like a job, while others happen upon it by chance. Online matchmaking hasn’t made the quest for love any less fraught. And yes, those OK Cupid algorithms do sometimes suck. (He and his wife of 25 years signed up for a dating site to see if they’d get matched with each other. They didn’t.)

But there is a certain wisdom that comes from reading the essays of thousands of strangers. He’s observed how our notions of love have changed over time: there is less incentive to commit and marry than there used to be (especially for women); love has become more about romance than necessity. He notes that a huge number of us (73 percent, according to a 2011 Marist poll) still believe in destiny, and that many of us still go out of our way to look for meaning in otherwise clinical online interactions. He observes how technology – while making matchmaking more accessible – has also made us painstakingly detached. “Acting aloof,” he writes, “is so common these days that sincerity and vulnerability, for many, can start to feel disgusting and unnatural.” (The term “stalker,” he notes, has been watered down to the point where confessing that you really like someone might qualify.)

There are sections on “booty texting,” “sending d**k pix” and “hooking up.” He speaks about the changes to the column topics over time (transgender issues, gay marriage, hooking up), the stories that really touched him (a couple who stayed married after the husband underwent sexual reassignment surgery) and those that drew the most ire (a woman who admitted in print that she loved her husband more than her children).

He’s heard all sorts of “rules” for dating: when to make the big reveal about bisexuality, or an STD, or a divorce, or – in one guy’s case – a single testicle. While a subject like spanking, for example, may not have been suitable for the Grey Lady at the start, “any sense of taboo or self-censorship has vanished.”

As you might imagine, as an editor of a column about love, Jones is frequently asked what he’s learned. But he has no desire to play guru (or therapist). He doesn’t claim to have any particular wisdom, other than knowing a lot of intimate, absurd, funny, and poignant details about a lot of different people’s love lives.

At the Santa Monica library, he pulls out a stack of heart shaped red rubber bracelets – a gag gift he’ll hand out to his guests, for Valentine’s Day. He bends the rubber around his wrist and holds up his arm. “It actually looks not unlike a sunburnt ass on your wrist,” he laughs. But, he continues: “An overexposed private part is what the Modern Love column is all about.” 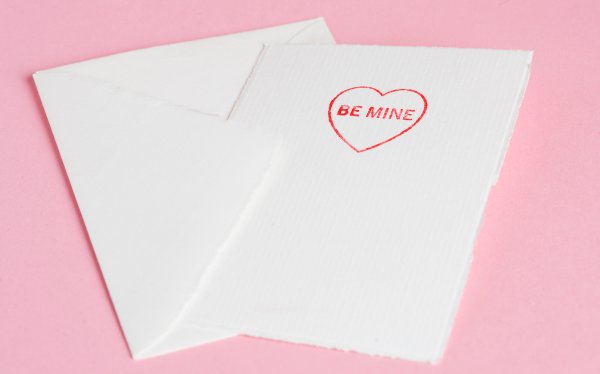 10 Lessons from an Economist on Love
Next Up: Editor's Pick