Army Pfc. Chelsea Manning’s petition to change her name from Bradley was approved by a Kansas judge Wednesday as the private serves a 35-year sentence for handing classified U.S. government secrets to the website WikiLeaks.

Manning, who now identifies as a woman, is serving her sentence in Fort Leavenworth and did not attend the name-change hearing, the Associated Press reports. At least two Army behavior specialists have diagnosed her with gender identity disorder.

Manning’s name will be changed on official military records, but her name change will not mean the Army starts treating her as a woman or that she will be transferred to a women’s prison unit.

“Hopefully today’s name change, while so meaningful to me personally, can also raise awareness of the fact that we (transgender) people exist everywhere in America today, and that we have must jump through hurdles every day just for being who we are,” Manning said in a statement.

Manning was sentenced in August for Espionage Act violations after leaking more than 700,000 secret military and State Department documents while working as an intelligence analyst in Iraq in 2009 and 2010. 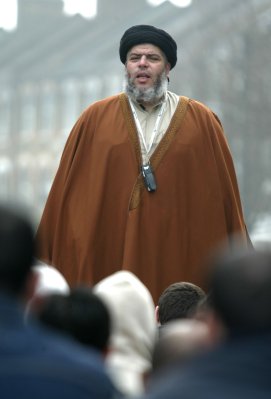