Tensions High in Ukraine After Kiev Calls Off Easter Truce

“Appropriate measures will be taken and you will see results,” First Deputy Prime Minister Vitaly Yarema told reporters on Wednesday, according to Reuters.

“We have obtained the support of the United States, that they will not leave us alone with an aggressor. We hope that in the event of Russian aggression, this help will be more substantive.”

The announcement comes a day after Vice President Joe Biden reiterated promises to levy additional sanctions against the Russian leadership if they did not do more to push pro-Moscow forces to abandon their fortified positions in eastern Ukraine in accordance with last week’s Geneva accord.

The Kremlin breezily dismissed the threats.

“Thanks to Western sanctions, Russia has been given incentive to reduce dependence from the outside and instead regional economies are being more self-sufficient,” said Dmitry Medvedev on Tuesday, according to state broadcaster Russia Today.

On Wednesday, reports surfaced that Ukrainian military aircraft had been hit by gunfire near the occupied town of Slavyansk, where residents on Tuesday held funeral services for three suspected pro-Russian militants who had been killed during a weekend skirmish. 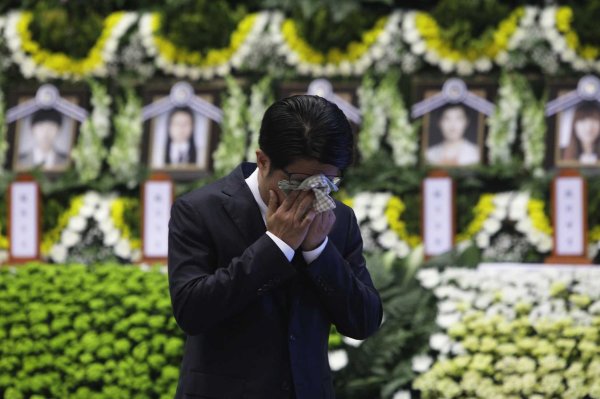