When We Talk About Technology, It's Time to Stop Using the Word 'Mobile'

Back when I was a wee lad and first became obsessed with computers, we called them by a name you don’t hear anymore: “microcomputers.”

That was to distinguish them from the big, important machines of the day–minicomputers and mainframes–and once it became clear that the vast majority of computers would be microcomputers, nobody felt obliged to be so specific.

Years later, when some PCs acquired audio-visual features such as sound cards and the ability to play back video, they were known as “multimedia PCs,” or MPCs for short. And then virtually all PCs got those features, and we stopped drawing that distinction.

It’s now time to do something similar: When we talk about technology, we ought to stop throwing around the word “mobile.”

At the moment, it’s one of the industry’s favorite words. Companies declare that they’re pursuing a mobile-first strategy; people talk about mobile operating systems; we make reference to having left the age of PCs behind and entered the mobile era.

Here’s why the term–which I cheerfully admit I use all the time–seems increasingly out of date:

Mobile is the default, and has been for a very long time. Depending on whose numbers you believe and how you do the math, sales of laptop computers overtook desktop PCs as long ago as 2003. Smartphones vastly outsell PCs, and tablets may surpass them as well any moment now. As for other devices–well, except for desktop computers, printers and scanners, how many pieces of hardware aren’t mobile these days?

Lumping phones and tablets into one category makes no sense. I acknowledge that there’s a great deal of technological overlap between them. But phones are designed for fast-paced, on-the-go usage scenarios, while a tablet is often something you relax with when you’ve got plenty of time on your hands, like a good book. We think of them as one category in part because neither is a PC, a mindset we should have moved past by now. It’s like declaring burger joints and steakhouses to be one category of restaurant based on their shared usage of beef.

There are no longer clear boundaries. Maybe there was a time when you could declare iOS and Android to be mobile operating systems, and Windows to be something else. But Windows now runs on tablets and phones that compete directly with iOS and Android devices, as well as on various sorts of hybrid devices that are part PC, part tablet. Also: I’m writing this piece on a Chromebook, and I have no idea whether I’m expected to consider Chrome OS to be a mobile operating system, a desktop one or some sort of unique category.

It’s not just about portability. The fact that it happens to be easy to carry around computing devices is an awfully superficial way to define an entire era. I hate the term “cloud,” but at least it acknowledges the fact that we’re all using web-based services and storing a meaningful percentage of our data online rather than on our hard disks. That’s as important a factor as the weight and dimensions of any given piece of hardware.

So if we stop using the word “mobile,” what should we replace it with?

Here’s my proposal: nothing. Personal technology is almost always mobile these days. In those rare instances when it isn’t, we can say so. O.K.?

Now that we’ve cleared this up, we can move on to other pressing issues. Such as rethinking the term “desktop,” which can mean a computer that isn’t portable (“desktop PC”). Or any piece of PC software, even if you’re running it on a laptop (“desktop browser”). Or, if you’re talking about Windows 8, only a certain type of PC software…

Bonus tidbit: Here, thanks to the indispensable Google Ngram Viewer, is a chart showing the rise and fall of the term “microcomputer,” which peaked in the mid-1980s. 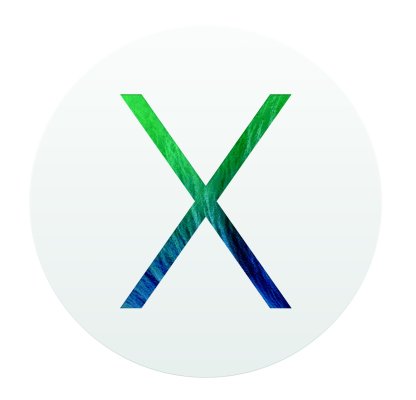 Apple opens up OS X Betas to non-developers
Next Up: Editor's Pick