Penguin India released a statement Friday on its decision to recall and destroy copies of The Hindus: An Alternative History by U.S. scholar Wendy Doniger. Since news of the decision broke earlier this week, members of India’s literary circles and media have demanded that the renowned publisher explain why it agreed to an out-of-court settlement with a Hindu group that filed civil and criminal law suits against it, claiming the book was offensive. Arundhati Roy, one of India’s most celebrated writers and a Penguin author, wrote an open letter to her publisher, asking, “Tell us, please, what is it that scared you so?”

“Penguin Books India believes, and has always believed, in every individual’s right to freedom of thought and expression, a right explicitly codified in the Indian Constitution. This commitment informs Penguin’s approach to publishing in every territory of the world, and we have never been shy about testing that commitment in court when appropriate. At the same time, a publishing company has the same obligation as any other organisation to respect the laws of the land in which it operates, however intolerant and restrictive those laws may be. We also have a moral responsibility to protect our employees against threats and harassment where we can.

(MORE: Liberal India Feels Under Threat After Publisher Pledges to Pulp The Hindus)

The settlement reached this week brings to a close a four year legal process in which Penguin has defended the publication of the Indian edition of The Hindus by Wendy Doniger. We have published, in succession, hardcover, paperback and e-book editions of the title. International editions of the book remain available physically and digitally to Indian readers who still wish to purchase it.

We stand by our original decision to publish The Hindus, just as we stand by the decision to publish other books that we know may cause offence to some segments of our readership. We believe, however, that the Indian Penal Code, and in particular section 295A of that code, will make it increasingly difficult for any Indian publisher to uphold international standards of free expression without deliberately placing itself outside the law.

This is, we believe, an issue of great significance not just for the protection of creative freedoms in India but also for the defence of fundamental human rights.” 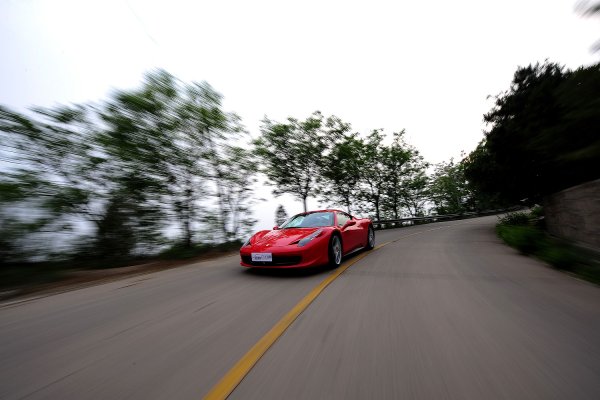 This is Why the Word 'Ferrari' Is Sometimes a Banned Search Term in China
Next Up: Editor's Pick