Did Justin Bieber honor the memory of some of Japan’s worst war criminals during his recent trip to Tokyo? You better belieb it!

According to the international pop sensation’s Twitter and Instagram accounts, Bieber dropped by the notorious Yasukuni Shrine this week, where he paid his respects to Japan’s war dead, including former military leaders from the country’s imperial army who committed mass atrocities across Asia and the Pacific during World War II.

“Thank you for your blessings,” tweeted Bieber, which garnered more than 666,000 likes on Instagram and tens of thousands of retweets before the singer suddenly removed the image from his account.

But Bieber’s China fans were less than impressed by the visit, urging him on social media to remove the picture out of respect for the dead. Bieber eventually responded to the controversy caused by the incident with an Instagram post on Wednesday of TIME’s story on the upset:

“While in Japan I asked my driver to pull over for which I saw a beautiful shrine,” wrote Bieber. “I was mislead to think the Shrines were only a place of prayer. To anyone I have offended I am extremely sorry. I love you China and I love you Japan.”

Bieber’s visit to Yasukuni comes almost a year to the day after he visited the Anne Frank House, a museum honoring the legacy of the Jewish teenager who was killed in a Nazi concentration camp in World War II. He scrawled in the guestbook that “hopefully she would have been a Belieber.” 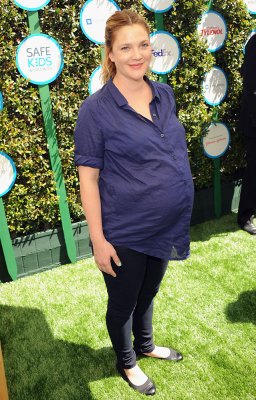 Drew Barrymore Has a Girl Named Frankie
Next Up: Editor's Pick