Is Drought Becoming the New Normal for Australia?

A dead tree stands in front of shallow water and a dried-up area of Lake George, located 50 km (31 miles) north of the Australian capital city of Canberra May 13, 2013
David Gray—Reuters
By Ian Lloyd Neubauer

The lucky country hasn’t had much luck with its weather of late. Following the warmest winter on record, a summer heatwave where temperatures topped 49.6°C and a volley of wildfires that destroyed hundreds of properties and homes, vast swaths of Australia are now being devastated by drought. The situation is especially dire in Queensland’s interior, where the driest year on record has prompting a few towns to plan for all-out evacuations.

“I have lived here for 50 years, and I can never recall anything as serious as what we’re going through now,” say Tony McGrady, Mayor of Mount Isa, a mining town of 24,000 people. “If we don’t get a good dump of rain by the end of the monsoon season in March, we’ll be in a serious pickle.”

Australia’s highly populated southeast and southwest corners are also feeling the pinch. Residents there have only just recovered from the longest dry spell on record — the Millennium Drought of 1995-2012, which changed the way Australia managed its water resources, prompting massive spending on desalination plants, grey-water recycling and rebates for home owners who installed water tanks. The rapid return of drought conditions in the south, and the failure of the life-giving rains of the tropical monsoon in the north, have led many to wonder whether drought is the new norm.

“It’s too early to say if another Millennium Drought is on the way because rainfall is much more difficult to predict than heat,” says Amanda McKenzie, CEO of the Climate Council, a non-government provider of climate change facts. “Yet over the past 30 years there have been clear long-term drying trends in the southeast of Australia and in the southwest where rainfall has declined 15 percent.

“But what’s happening in Queensland is different,” she adds. “We don’t really understand it, but are keeping our fingers crossed that it won’t have such huge implications as the Millennium Drought did for Australians.”

The drought in Queensland, a key beef-producing and agricultural region, may have dire implications for food security, however. Dry conditions that saw the culling of 8.6 million of Australia’s 27 million head of cattle last year have driven beef future prices to long-term highs, with patties now trading at a record $4 per kilogram.

Then there’s the human toll. In the past year, 16 graziers and farmers have taken their lives in Queensland as a result of drought-induced financial and emotional distress. They include a man who, after being told his 400 cattle were too emaciated to go to market, shot his entire herd before turning the gun on himself.

“There is going to be no alternative other than mass closures of farms,” says Scott Armstrong, a cotton producer in the town of St George, 390km west of Brisbane. “There’s been a chronic shortage of rainfall over not a great length of time but absolutely no relieving showers for 18 months. People are completely out of feed, and when you run out of feed you stop farming.”

A lengthy run on farm closures could have a far-reaching implications for Australia’s future prosperity. According to a report published by Deloitte in October, Australia is in a unique position to capitalize on the Asian middle-class’ growing appetite for protein. Agribusiness (along with gas, tourism, education and wealth management) stands to be become one of Australia’s top-five growth sectors, worth an additional $226 billion over the next 20 years, if things go well.

“What you always do battle with when it comes to drought policy is making the wider public aware of how problems in remote areas will affect the rest of the country,” Minister of Agriculture Barnaby Joyce tells TIME.

As deputy leader of the National Party, the minor partner of the center-right coalition that swept to power last September, Joyce is calling for $6.35 billion in drought assistance for farmers. In Mt Isa, Mayor McGrady is calling for an injection of state funds to build a third dam he says is essential for the survival of the town and hundreds of farms and cattle stations in surrounding areas.

“Talk of evacuation might grab a headline, but I don’t think it does the community good,” he says. “It’s time for a national summit between all levels of government on how to overcome water shortages so we we won’t have to face this problem again.” 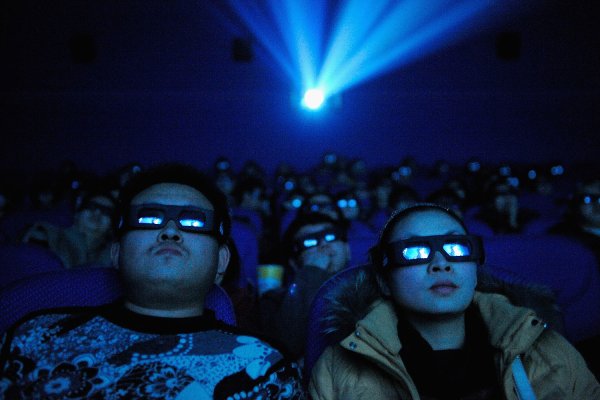