The media circus. It’s one of the hot topics NFL players and anonymous front-office execs have raised in the last few days when asked about openly gay NFL prospect Michael Sam. There will be such a “media circus” surrounding the soon-to-be NFL rookie, goes the story, that teams and players are afraid of selecting him in the NFL Draft this spring.

This has been the canard “experts” have used for years to explain why NFL teams might not want a gay player. The media strategy by Sam’s team from day one has taken aim at undermining the “media circus” rationalization, and we’re beginning to see its effect.

Just a few days after Sam’s big announcement, sports talk radio is moving past the topic. Sports Illustrated’s Web site has no mention of Sam in their top 20 stories; ESPN has one link. Popular sports blogs SBNation and Deadspin have a couple stories, but the coverage is fading fast.

The media is already tired of talking about Michael Sam. It was the plan from the very start.

“We’re letting the air out of the balloon before he ever steps foot on an NFL field,” said Howard Bragman, Sam’s publicist. “Our timing is the best thing that could have happened for these teams.”

(MORE: Be Smart, NFL: Football Is Ready For Michael Sam)

Some talking heads have questioned Sam’s judgment in coming out before the NFL Draft. “He’ll hurt his draft stock,” has been the yarn spun by many of the “experts.” It’s easy to say that in the midst of the media circus that unfolded in the hours after his big public announcement Sunday afternoon. Those same people are starting to see the brilliance of making the announcement just a week after the Super Bowl, a full seven months before the start of the 2014 season. By the time the rubber hits the road, the story will be dead.

“Imagine what would happen if we did this after he was drafted,” Bragman said. “By doing this two weeks before the combine and three months before the draft, we’re letting people absorb this so everyone can have their say and move on.”

After just three days, many in the media are already tired of talking about it. The Scott & BR radio show out of San Diego lamented when I was the on the air with them yesterday: “Can we get back to talking football?” There are only so many times you can talk about “the reaction to Michael Sam coming out.” We’ve already moved on to focusing on the reaction to the reaction.

By May, Sam will have appeared in a press conference at the Combine. His team knows that a Chris Christie-length Q&A session – answering every question the media could have – will help leave no stone unturned. The media will have seen him out on the field at his Missouri Pro Day, participating along with teammates, another opportunity to ask the questions. Certainly there will be some questions around the Draft – yet another chance for the media to get it out of their system.

By the time he enters training camp with his new teammates – 23 weeks from now – the circus will be on a train headed to the next sensational story.

But those are one-day stories, if that. There may be a couple extra cameras, but there will be no circus. The media will have exhausted the story of Sam as a gay player and the focus will be on the football.

That’s been Sam’s focus since Monday. He knew he would have to spend some time talking about his sexual orientation with a few members of the media last week. He’ll have to engage in it again in small spurts in the coming months. Otherwise, he’s focused on football.

“The only person who doesn’t think there’s a media circus is Micahel Sam, who has been working on football 12 hours a day since the story broke,” Bragman said.

While some compare this to the distractions Tim Tebow brought to the team, the two couldn’t be more different. Sam won’t be tweeting about his sexual orientation and slipping his sexuality into every statement the way Tebow did with Jesus and the Bible. Tebow infused his religion into everything he did, praising god to the press, leading a very public team prayer after every game, kneeling before God after success on the field. For Sam, his sexual orientation is just part of him. He doesn’t feel the need to proselytize for the “gay cause.”

Unlike Tebow’s religion, Sam will not make his sexual orientation the story. Tebow invited the media attention; Sam is already doing what it takes to minimize its impact on his future team.

Come draft day, NFL teams will be smart to read the tea leaves: Evaluate Sam’s worth without fear of a media circus that’s already mostly run its course. If a team doesn’t heed the warning, he’ll be sacking their quarterback for a smarter team that “stole” him in the draft.

Cyd Zeigler is co-founder and editor of Outsports.com and helped break the Michael Sam story earlier this week. He has also contributed to Playboy, CNN and MSNBC, among others. 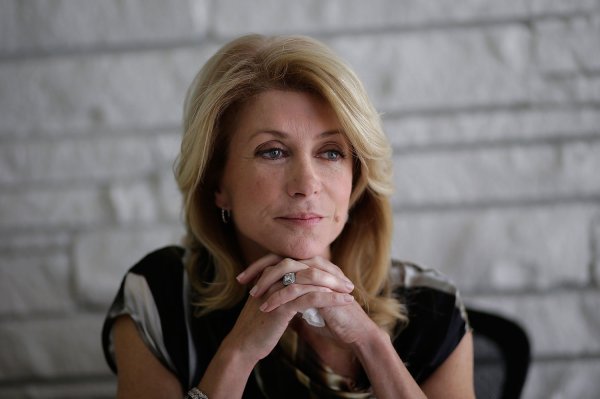 Wendy Davis Is Down But Not Out in Texas
Next Up: Editor's Pick