Gillian Flynn’s bestselling thriller Gone Girl is about to become a movie starring Ben Affleck, but fans of the marital murder mystery know adapting its alternating narrations and plot twists is no easy task.

In January, an Entertainment Weekly cover story suggested the film’s screenplay, which Flynn wrote, was a drastic departure from the novel and included a whole new ending — news that surprised fans as well as the film’s stars. “Ben was so shocked by it,” Gone Girl director David Fincher told EW. “He would say, ‘This is a whole new third act! She literally threw that third act out and started from scratch.'”

During a Reddit ask-me-anything Q&A on Tuesday, however, Flynn told fans not to worry about changes to the story. She wrote:

Flynn also discussed her writing process (“I treat it like a 9 to 5 job”), her upcoming young-adult novel (“No vampires”) and her career (she wrote her first two books while working full-time). She also revealed Gone Girl’s memorable “Cool Girl” monologue wasn’t originally intended for the book — it was just a writing exercise designed to flesh out the character Amy.

Gone Girl is not the only Flynn novel coming to the big screen: An adaptation of her second novel, Dark Places, opens in September, and Flynn told Reddit she “may have news to report in [the] next few months” about her first novel, Sharp Objects, which has been optioned. Unlike Gone Girl, which is her third book, Flynn says Sharp Objects lends itself very well to film — no Frankensteined screenplays necessary.

Here’s the first full Gone Girl trailer in case you missed it: 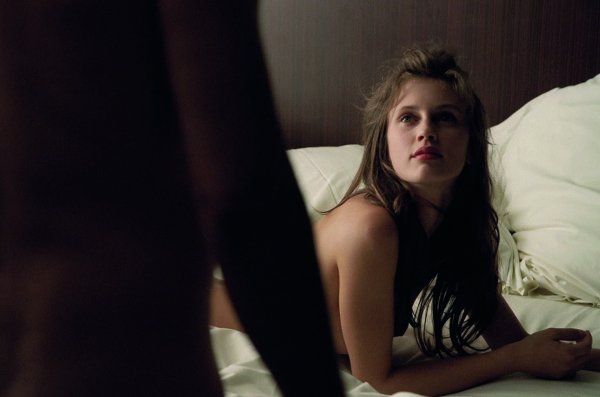 'Young & Beautiful': I Was a Teenager Hooker (in Paris)
Next Up: Editor's Pick