If you’ve got a Mac and like trying out new software, Apple has a proposition for you. Join its new OS X Beta Seed program, and you’ll be able to download free test versions of future editions of OS X from the Mac App Store, before they’re released to the general public.

As with all beta programs, what’s in it for the software developer in question is real-world testing. Apple will be able to get feedback from program participants while it’s still possible to fix any glitches which turn up.

With any other product and any other company, this wouldn’t be news: It’s the way things work, generally speaking. For instance, Microsoft released a free consumer preview of Windows 8 in February 2012, months before the final operating system shipped in October.

Apple, however, has usually held its betas close to the vest. It’s distributed them to people who pay $99 a year to register as an OS X or iOS developer, but doing so has required those folks to sign an agreement saying they won’t discuss the pre-release software in public.

Actually, that mandate is still in place: As the Verge’s Chris Welch points out, signing up for the Beta Seed requires you to agree that you won’t blog, tweet, share screen shots or otherwise spill the beans.

The Beta Seed site never says that signing up for the program entitles you to get every new version of OS X early. In fact, the only version of OS X it mentions by name is Mavericks, the current major release. So I don’t think it’s a given that Beta Seed testers will get immediate access to the next version after Mavericks when it comes along, possibly at Apple’s Worldwide Developer Conference in June. But it would be nice if they did: It will have major new features, and any further Mavericks updates probably will not.

It’s traditional in stories such as this one to include a stern disclaimer that installing beta software can cause major problems and therefore isn’t for the faint of heart. I guess that’s true. Full disclosure, though: For years, I’ve installed most betas the moment I can get my hands on them. So far, I’ve lived to tell the tale. It may be risky, but it can also be a rewarding experience.

How about iOS? Apple isn’t making any mention at all of its mobile operating system, and it would be a much bigger decision for it to let consumers install such betas. Early versions of smartphone operating systems are far more likely to have crippling problems than desktop ones, and it’s tougher to reverse the process if you regret installing them.

I can’t imagine that Apple wants to provide tech support for people who install an iOS beta and then discover that their phone no longer functions as a phone. Maybe the company will cautiously provide seeds of very late, almost-done betas–also known by names such as “release candidates,” and typically just about as polished as final software. Here’s hoping. 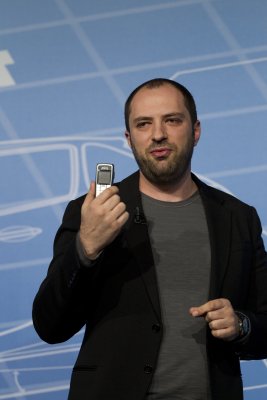