A pro-Russian activist walks in front a barricade set up outside the regional administrative building in the eastern Ukrainian city of Donetsk on April 21, 2014.
Anatoliy Stepanov—AFP/Getty Images
By Noah Rayman

Ukraine’s acting president called Tuesday for security forces to resume “counter-terrorism” operations in eastern Ukraine after two bodies, including one of a local politician, were reportedly found in the region with signs of torture.

“The terrorists who effectively took the whole Donetsk region hostage have now gone too far, by starting to torture and murder Ukrainian patriots,” Oleksander Turchinov said in a statement.

The deceased politician, Volodymyr Ryback, was a member of a Turchinov’s party who had recently been kidnapped, BBC reports.

Ukraine had suspended the “active stage” of operations that began last week against pro-Russian separatists who have occupied towns and cities in the region, after international parties agreed Thursday to a joint roadmap to end the crisis near the Ukraine-Russia border. But the separatists have so far defied the agreement’s stipulation that they disarm. Vice President Joe Biden, on a visit to Kiev Tuesday, called on Russia to “stop talking and start acting,” Reuters reports. 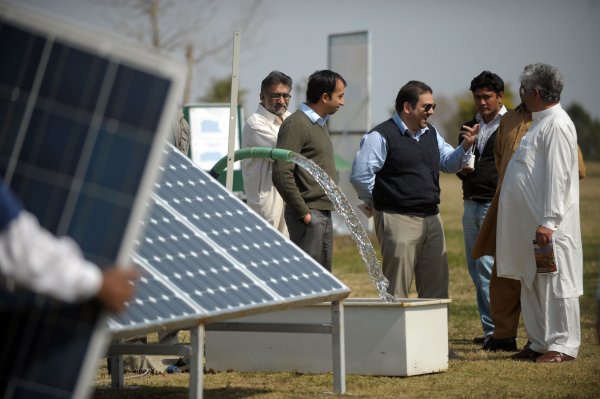