The sudden spike in cases of Middle East respiratory syndrome, or MERS, in Saudi Arabia came soon after camel-racing events at the Jenadriyah Festival in Riyadh. That suggested the surge in the incurable coronavirus, which resembles pneumonia but is fatal to 1 in 3 who contract it, confirmed what scientists already knew of the disease: that camels seem to be reservoirs for the virus, and transmit it to humans more easily than humans do to one another.

But with the number of cases picking up, there are worries that may be changing. And if the virus has mutated to increased person-to-person contagion, it has potentially catastrophic implications for another annual festival: the yearly pilgrimage to Mecca and Medina known as hajj. More than a million Muslims from around the globe gather in the western Saudi cities during the first week of October, then return to their home countries, which last year numbered 188. In an age when international travel has dramatically exacerbated the spread of new viruses like SARS, virologists say the mounting concern is only too clear.

The worries are aggravated by the performance of the Saudi government, which has failed to confirm whether the virus is, in fact, mutating. The Saudis have either not performed tests that would reveal the changes, or have not shared them with international authorities, virologists complain. On Monday, Health Minister Abdullah al-Rabiah was fired amid mounting criticism of the kingdom’s handling of the budding crisis.

“It’s frustrating,” says Ian Mackay, an associate professor at the Australian Infectious Diseases Research Centre at the University of Queensland, who compared the Saudi handling of MERS with China’s response to the 2013 outbreak of bird flu. “With the H7N9 virus, China provided almost too much information. You worried about the privacy of some of the patients, given the level of detail that China was providing.

“But we’re seeing the complete opposite extreme in Saudi Arabia, where you can’t even get the sex of the patient in some cases,” Mackay tells TIME. “And the WHO doesn’t seem to be getting that information either.”

Indeed, the World Health Organization as good as confirmed it did not have the latest information from Riyadh in declining to comment on the outbreak on Tuesday afternoon. “Kindly be advised that we cannot comment on latest MERS figures since we do not have the latest case count,” the WHO’s media office says in an emailed reply to questions from TIME. “And we can only communicate and comment on the cases that we have been officially notified of by a member state, namely Saudi Arabia.”

Concerns that the virus may have mutated are focused on two clusters of cases among health care workers: one cluster is in Jeddah, the western Saudi city through which pilgrims pass en route to nearby Mecca. The other cluster is among paramedics in Abu Dhabi, in the United Arab Emirates.

Mackay, who noted the clusters in his blog, says he can see two possible explanations: “One is a fairly bad but widespread breakdown of infection control and prevention protocols” among the health care workers — that is, nurses or doctors failing to use gloves, surgical masks or other standard measures designed to prevent infection while working with a MERS patient. Such a breakdown would be possible even in a well-equipped and prosperous Gulf nation, Mackay noted, but for both outbreaks to take place at the same time “would be fairly coincidental.”

The other, more alarming possibility? “The other avenue is the virus has changed and become more easily transmitted between humans,” Mackay said.

That is cause for concern way beyond the Middle East. “When humans readily transmit to humans, that’s what will cause a worldwide outbreak,” Michael Osterholm, director of the Center for Infectious Disease Research and Policy at the University of Minnesota, told National Public Radio. “We are very concerned that … with what we’ve seen over the last two weeks … we may be at that point now.”

Whether the virus has, in fact, mutated dangerously cannot be known until the Saudis examine the genome of the latest samples of the virus and share the results. The WHO has said it is “working closely” with the kingdom, but has not issued any conclusions. Another way to find out if the virus has mutated would be if the number of cases were to skyrocket. But with only 344 cases worldwide so far — a decade ago, SARS infected at least 8,000, and killed 775 — the count remains low, and awareness is growing.

In 2013, concerns over MERS kept many as a million people away from hajj, an obligation that the Koran imposes upon any Muslim who can afford the trip. Saudi authorities discouraged attendance by the very young, the elderly, pregnant women, and people already suffering from chronic illness, a major risk factor for the virus. Still, more than 3 million people circulated at the holy sites for five days, at close quarters. With the risk of mass contagion in the air this year, the world may be hoping for a better reaction from Saudi Arabia than it has got so far.

Correction: The original version of this story misstated the name of the institution that scientist Ian Mackay belongs to. He works for the Australian Infectious Diseases Research Centre. 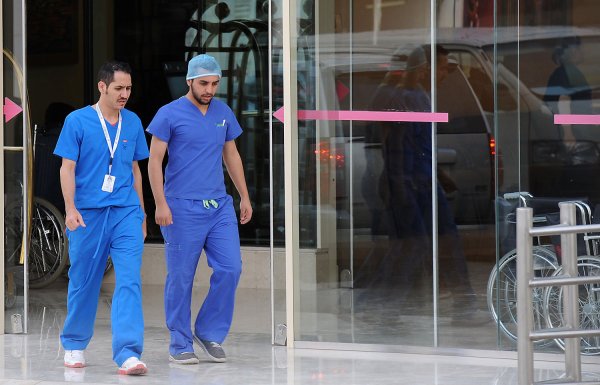 20 New Cases of MERS Confirmed in Saudi Arabia
Next Up: Editor's Pick