A well-meaning do-gooder found a young dog, lost and alone, and took it to an animal shelter. In fact, it wasn’t a dog at all: workers at the shelter eventually realized that the pup they were tending to was actually a young fox. They took the kit to the Nuneaton and Warwickshire Wildlife Sanctuary, which cares for wild animals and prepares them to return to the wild.

However, by the time the error was realized, the fox, named Dawn, thought she was a dog, like her friends at the shelter. In fact, she sleeps in a bed and wags her tail and likes scritches under the chin.

While it’s adorable, unfortunately it means that Dawn is too tame to be returned to the wild, because she can no longer look after herself.

The Wildlife sanctuary, which posted the video of Dawn showing us what the fox really says, notes that foxes are not pets, and they do not recommend any fox or wild animal as a pet.

MORE: The Dog Will See You Now

MORE: Did Marius the Giraffe Have to Die? 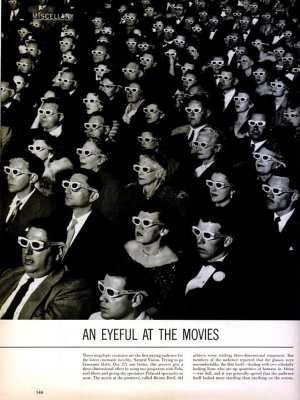 Curiouser and Curiouser: LIFE Magazine's World of Miscellany, 1952
Next Up: Editor's Pick