Our Carrier Video Is Way Cooler Than Yours

Ever since 1986’s Top Gun, music and the carefully-choreographed mayhem that happens on a carrier’s flight deck have gone together like peanut butter and chocolate.

But if you thought such confections are limited to the U.S. Navy, you’d be wrong. Not only does China have a new carrier, with another on the way, it now has a video showing off some of what its existing flattop, the Liaoning, and its J-15 fighters can do.

The video celebrates the 65th anniversary of the People’s Liberation Army Navy. It was produced by AVIC—the Aviation Industry Corporation of China—a state-owned aerospace and defense company. There are no English subtitles, but the pounding music and great photography get the message across.

In contrast, the U.S. Navy’s “Royal Maces”—an F-18 squadron aboard the USS George Washington—have just released a video, below, featuring their own carrier-based antics. No words are necessary. 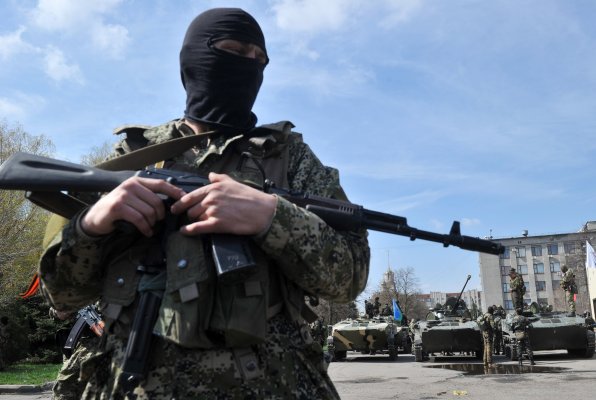 NATO’s Back in Business, Thanks to Russia's Threat to Ukraine
Next Up: Editor's Pick