Kids fantasize about being Batman, Spider-Man, or Iron Man — heroes who have tricks like a cool car, cool powers and cool smarts. But they can also take off their suits — and RoboCop can’t. In two grim shots in RoboCop, what’s left of Joel Kinnaman’s Alex Murphy is exposed when his machinery is removed: part of his head, his heart, his lungs and his hand. That’s all. He can’t take off his suit; he can’t even always control his own thoughts or actions. Nobody wants to be RoboCop — not even Alex Murphy.

But if nobody wants to be RoboCop, why would they want to watch the movie of that same name? Robert Downey Jr. has snarky one-liners and Christian Bale has brooding reflections on morality, but Kinnaman has a robotic voice and not much else. Often, you can’t even hear that voice over the clanking and zipping noises his suit makes as he walks or turns his head. (Surely if they could design a suit that can sustain a man who has only 10 percent of his body left, they could make the equipment quieter than that.)

The wish fulfillment factor taken out of the equation, RoboCop becomes less a work of aspirational coolness and more a piece of political satire — and not necessarily a bad one. In the opening sequence, a conservative news pundit (Samuel L. Jackson’s Pat Novak) makes a case that the Dreyfus Act, a law which prohibits robots in American police forces, should be repealed by sending a reporter abroad to watch robot cops in action. After an obligatory shot of an ominous drone flying above robot policemen, things go disastrously wrong. Suicide bombers attack, and a child who grabs a knife to defend his suicide bomber father is killed by one of the robots. The station feed clicks off.

Bad guy OmniCorp CEO Raymond Sellars (Michael Keaton) hopes to create a robot with a conscience to win over American voters ahead of the vote to repeal the Dreyfus Act. His prayers are answered in the form of Murphy, recently injured by dirty cops in his Detroit precinct — and thus, RoboCop is born. In trials, they nickname RoboCop “Tinman” and jokingly play “If I Only Had a Brain” during simulations where he must compete against brainless robots. But as OmniCorp’s resident genius Dr. Dennett Norton (Gary Oldman) tinkers with the chips inserted into Murhpy’s brain, and RoboCop becomes less a man-turned-robot and more a robot who thinks he’s a man, the Wizard of Oz metaphors grow more portentous.

Should we be afraid of anything with a weapon but without conscience? Director José Padilha isn’t subtle in his critique of dissociated violence. In one sequence, RoboCop takes on about 50 bad guys in the dark by detecting them with heat vision. From the machine’s perspective, the scene plays out like a first person shooter: dozens of bad guys highlighted and easily taken down with quick shots and no real way for him to die. But when the camera takes the criminals’ point-of-view, we see real bullets, real wounds, real death, and the attendant pathos. Even RoboCop’s partner, Jack Lewis (Michael K. Williams), suffers the consequences of being in close proximity to the immortal machine. He is shot twice in the film. (Williams was a lot better off with a sawed off shotgun in The Wire than here.) It’s a sobering concept for a film, but occasionally it takes a humorous turn, usually thanks to Samuel L. Jackson, who delights in playing a radical conservative who can make holograms of liberals like Dreyfus disappear from his show just as they begin making their argument.

Anyone unfamiliar with the original franchise can jump right in, and Jackson makes it worth sitting through yet another movie with endless sequences of robots fighting more robots. Just barely, though. 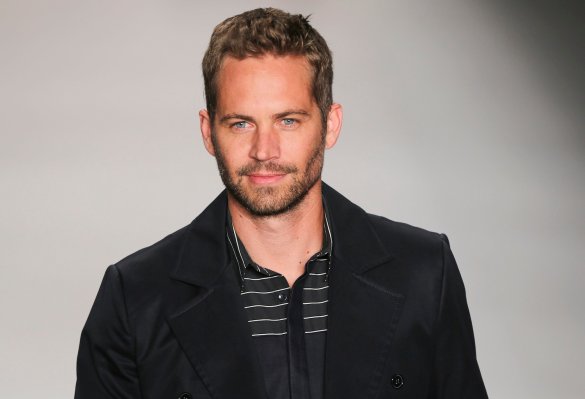