Mayor of Marionville, Mo., Dan Clevenger said Frazier Miller told him a couple of years ago that he had health problems and didn't expect to live much longer
Kansas City Star/Getty Images
By Laura Stampler

A Missouri mayor resigned Monday following strong community backlash against anti-Semitic comments he made in the wake of Kansas City’s fatal Jewish centers shootings, allegedly committed by a man he once considered a friend.

When news broke that white supremacist Frazier Glenn Cross was accused of fatally shooting three people outside two different Jewish-affiliated facilities, Marionville mayor Dan Clevenger was quick to give interviews about his personal and professional relationship with Cross, who had been a customer at his engine repair shop.

“He’s just a nice guy,” Clevenger, 59, told the Springfield News-Leader in an on camera interview. “You can just tell he gets carried away with those beliefs” — some of which Clevenger conceded to share, although he did not condone Cross’ actions.

Clevenger admitted to writing a letter ten years ago to the editor at the Aurora Advertiser stating, “I am a friend of Frazier Miller helping to spread his warnings. The Jew-run medical industry has succeeded in destroying the United State’s [sic] workforce.”

But last week he told the News-Leader that even though some of his views had evolved, he thought, “The futures market, the federal reserve, the Food and Drug Administration and the National Institutes of Health — ever [sic] time I see that on the news, there are Jewish names and they run things.” He also stated that even though he didn’t think that the “government is run by Jews… There are Jews in government. I mean, Nancy Pelosi, she is a Jew. And she brags about it.” Pelosi is actually Catholic.

These public statements catalyzed a negative outcry among the Marionville community. Cleveger resigned Monday night after the city’s aldermen voted 4-1 to begin an impeachment process.

Clevenger said that it hurt him to hear residents speak out against him. 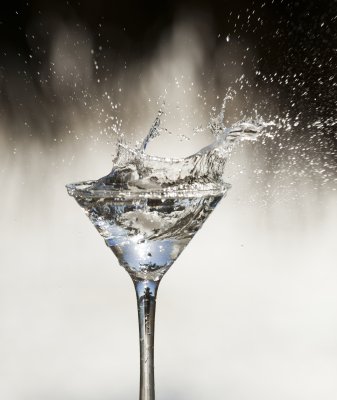 Feds: Powdered alcohol approved in 'error'
Next Up: Editor's Pick