Leonardo DiCaprio In Talks to Star in Steve Jobs Biopic

When David Fincher passed on directing Sony Pictures’s Aaron Sorkin-penned Steve Jobs biopic, the dream of a reunion of The Social Network team died. But according to The Hollywood Reporter, the move may have paved the way for reunion of 2000’s The Beach director/star duo, as the studio is now reportedly eyeing Danny Boyle and Leonardo DiCaprio for the project.

The film will be based on Walter Isaacson’s biography Steve Jobs, which Sony acquired the rights to after the Apple mogul’s 2011 death. According to THR, Sony has already initiated talks with Boyle, who won the Academy Award for Best Director in 2008 for Slumdog Millionaire. Boyle is said to have already approached his first choice star DiCaprio about playing Jobs.

Though the baby-faced DiCaprio might seem like a surprise choice to play Jobs, the actor is known for tackling well-known figures in past biopics, like Howard Hughes in 2004’s The Aviator and J. Edgar Hoover in 2011’s J. Edgar. However, though no deals are finalized yet, something tells us that even if Leo signs on, the Jobs role won’t be the key to his own long-awaited Oscar moment. 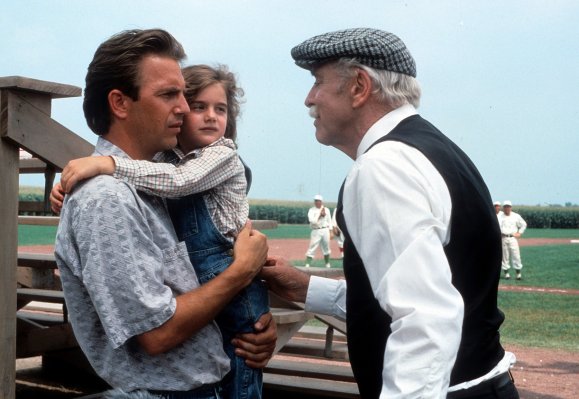 25 Years Later, Field of Dreams Isn't As Corny As You Think It Is
Next Up: Editor's Pick