Neither would be a surprise. After a successful round of North-South family reunions in February, relations have taken a turn for the worse, with the two sides exchanging fire across a disputed maritime border and the North vowing to conduct a “new form” of nuclear test. Pyongyang has conducted three prior tests — in 2006, 2009 and 2013.

For South Korea, the timing could hardly be worse. Six days after a ferry capsized off the country’s coast, the nation is in mourning. The vessel was traveling from the port city of Incheon to the resort island of Jeju last week when it went down. As of Tuesday, local time, more than 100 bodies had been pulled from the wreckage. Almost two hundred are still missing, and scenes of grief-stricken families are dominating the news.

To complicate the picture, U.S. President Barack Obama will be in Asia this week visiting Japan, South Korea, Malaysia and the Philippines. His visit is being pitched as evidence of Washington’s “pivot” to Asia and is supposed to signal the country’s commitment to its regional military allies. The North vehemently opposes the American armed forces’ presence in South Korea, and considers annual U.S.-South Korea joint military exercises a sort of dress-rehearsal for war.

If the test goes ahead — a that is a big if right now — it will likely be sold differently at home and abroad. Domestically, North Korea’s hard-working propagandists will package it as a testament to the country’s development under young despot Kim Jong Un and a warning to would-be aggressors (real or imagined).

Internationally, it is a different game: The North has a history of using its nuclear weapons program as a bargaining chip. A bold strategy, but one that may backfire if Seoul and Washington are not in the mood to play. 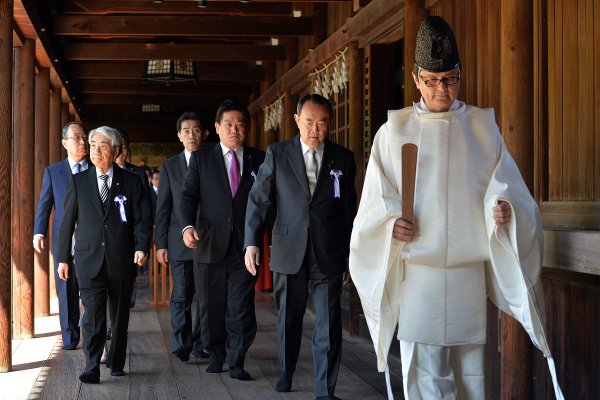