A Chicago Police Department recruit salutes during a graduation ceremony in Chicago, Illinois, April 21, 2014.
Jim Young—Reuters
By Per Liljas

At least nine people were killed and at least 36 wounded in Chicago over the Easter weekend, prompting a newly formed federal unit to step in to help tackle the city’s pervasive culture of gun violence.

Five of the victims were children between 11 and 15 who were playing in a park next to an elementary school, the Chicago Tribune reports. The youngest had just returned from church and shared Easter dinner with relatives when a car pulled up and opened fire. She was struck by two bullets, one of them puncturing her lung and breaking her collarbone, leaving her in a critical condition.

In a Monday statement, a prosecutorial unit called the Violent Crimes section said it will put its full focus on how to use federal statutes to combat Chicago’s endemic gang and gun problem, giving the city its nickname “Chiraq.” The shootings over the weekend brought the total number of suspected homicide this year to 90, two less than during the same period last year.

“This doesn’t wipe out what has happened over the last two years,” police superintendent Garry McCarthy told CBS Local, alluding to the fact that the murder rate in Chicago dropped from 516 in 2012 to 415 last year. McCarthy has repeatedly urged lawmakers to harshen state and federal gun laws, but Illinois has moved in the other direction, recently sending out the state’s first permits allowing residents to carry concealed firearms. 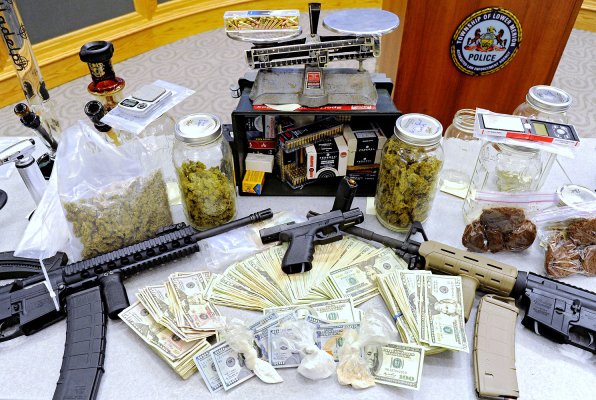