Japanese lawmakers follow a Shinto priest during a visit to the controversial Yasukuni Shrine to honor war dead during a spring festival in Tokyo on April 22, 2014
Yoshikazu Tsuno—AFP/Getty Images
By Hannah Beech

A day before U.S. President Barack Obama is due to arrive in Tokyo, 147 Japanese legislators visited the controversial Yasukuni Shrine, which honors Japanese war dead, including top war criminals convicted of orchestrating imperial Japan’s appalling Asia campaigns. Japan’s polarizing Prime Minister Shinzo Abe was not among the worshippers. Instead, he sent a traditional tree offering the day before.

Tuesday’s Yasukuni pilgrimage took place during a spring festival of the Shinto faith and included one Cabinet-level official. In December, when Abe became the first of Japan’s last seven leaders to worship at Yasukuni, the U.S. embassy in Tokyo expressed its disappointment. Reaction in China and South Korea, two nations most ravaged by imperial Japan’s excesses, was far angrier.

Since Abe took office in December 2012 — after a campaign in which he talked tough on China and called for a potential revision to a Japanese apology to wartime Asian sex slaves — Japan’s relations with Beijing have cooled. Territorial disputes in the East China Sea and historical grievances over Japan’s attitude toward its wartime past have even affected the two nations’ trade ties. (On April 21, more than 270 activists, including descendants of Japanese war dead, filed a suit at a Tokyo court, alleging that Abe’s December visit to Yasukuni Shrine contravened Japan’s postwar constitution, which was written by the Americans to ensure the country’s commitment to peace.)

Obama is to spend two nights in Tokyo, underscoring the long-standing security alliance between the two nations and pushing for a trade pact that is facing domestic opposition in both countries. As part of an Asia trip that was postponed last year because of the American government shutdown, the Commander in Chief will also visit South Korea, Malaysia and the Philippines. (He will not make a stop in China.) Obama will be arriving in a region noticeably tenser than when he last visited. Last year, after years of Chinese double-digit military-budget hikes, Japan upped its defense budget for the first time in more than a decade. Tokyo’s defense commitments also increased this year as well, and Abe has made clear his ambitions of normalizing a Japanese military that is precluded by the postwar constitution from many military maneuvers.

On April 19, Japan broke ground on a radar facility near islands that both Tokyo and Beijing claim; it is the first new deployment of Japanese armed forces in four decades. Since 2012, when Japan nationalized some of the disputed islands, China and Japan’s military movements in and above these contested waters have markedly increased, although they appear to have dropped over the past six months.

The same day as the ceremony for the future radar station on Japan’s Yonaguni Island, a maritime court in Shanghai seized a Japanese-owned ship docked at a nearby port in order to fulfill a 1930s-era contract. The ship was impounded as payment for two Chinese-owned ships leased long ago by a Japanese firm; those two carriers were commandeered by the imperial Japanese government during the Sino-Japanese war and were lost at sea.

On Monday, Chinese Foreign Ministry spokesman Qin Gang said the court decision “has nothing to do with Chinese-Japanese war compensation.” But Japanese Chief Cabinet Secretary Yoshihide Suga expressed “deep concern,” saying the impounding of the container ship — which is owned by Mitsui O.S.K. Lines, the company that is the successor to the original Japanese lessee — could have an “intimidating effect on Japanese companies doing business in China.” Was the timing of the Shanghai court’s decision, which derived from a 1988 lawsuit filed by descendants of the lost Chinese ships’ owners, a coincidence? Perhaps. But when it comes to relations between Asia’s two biggest powers, history has a way of forcing itself into the present. 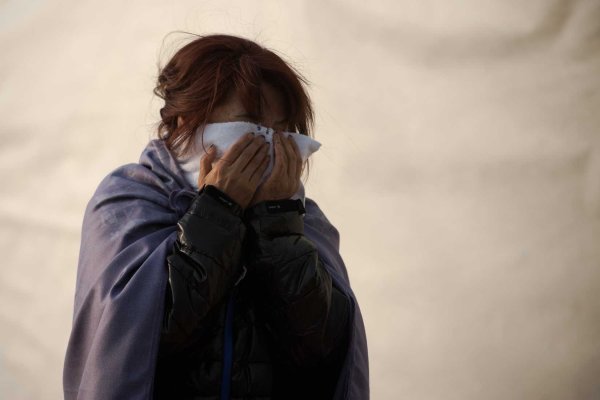