$3 Billion Silicon Valley Suit Shows How Not to Manage

In 2006, Google’s Eric Schmidt suggested that his company had the perfect road map to “manage the new breed of ‘knowledge workers’” who now propel so much of the world economy, and especially the digital economy: follow Peter Drucker.

“After all,” Schmidt said, “Drucker invented the term in 1959. He says knowledge workers believe they are paid to be effective, not to work 9 to 5, and that smart businesses will ‘strip away everything that gets in their knowledge workers’ way.’ Those that succeed will attract the best performers, securing ‘the single biggest factor for competitive advantage in the next 25 years.’”

Unless, that is, you and your rivals agree that you won’t try to attract those high-performing folks in the first place, at least not actively.

In a case set for trial next month, Google, Apple, Intel and Adobe Systems have been accused in a class-action lawsuit of colluding to suppress wages between 2005 and 2009 by, among other things, agreeing not to woo each other’s employees. More than 64,000 people are seeking $3 billion in damages.

It will be up to a federal court jury in San Jose, Calif., to decide whether the tech giants violated antitrust law—though the current betting is that a pre-trial settlement is likely. What is already clear is that they violated Drucker.

In documents that surfaced this week, Schmidt and executives from other companies openly discussed their no-poaching agreement. In a March 2007 email, for example, Schmidt assured Apple’s Steve Jobs that a Google recruiter who’d called into Apple had gone against company policy and was being fired for her actions. “Should this ever happen again please let me know immediately and we will handle,” Schmidt wrote. Jobs replied with a smiley face.

Drucker would have found nothing to smile about in any of this. One of the hallmarks of the knowledge age, he pointed out, was the ability of software engineers and other specialists to shift fluidly among different employers.

“Employees who do manual work do not own the means of production,” Drucker wrote in Management Challenges for the 21st Century. “They may, and often do, have a lot of valuable experience. But that experience is valuable only at the place where they work. It is not portable.

Among tech companies, one of the principal ways in which employees wind up leaving Corporation A for Corporation B is when they’re directly solicited in a process referred to as “cold calling.” “This form of competition, when unrestrained, results in better career opportunities,” the U.S. Justice Department noted in 2010 when it settled a civil suit with the same companies now embroiled in the class-action case.

It is in restricting cold calling that Schmidt, Jobs and their cohorts revealed something rather remarkable about themselves: They’re just as intent on exercising power over their workers as the old-line corporate dinosaurs that Silicon Valley tends to look down upon.

Drucker would have been the first to tell them that they’d never get away with it. “The center of gravity in employment is moving fast from manual and clerical workers to knowledge workers who resist the command-and-control model that businesses took from the military years ago,” he wrote in 1988 essay for Harvard Business Review.

Perhaps even more on point are Drucker’s words from Landmarks of Tomorrow—the 1959 book that Schmidt cited as an inspiration.

The organization “must never be permitted the dangerous delusion that it has a claim to the loyalty or allegiance of the individual—other than what it can earn by enabling him to be productive and responsible,” Drucker wrote. A company “must never be allowed to consider its relationship to the individual member as an indissoluble union; it must treat it as existing only for a specific purpose and therefore revocable.”

In a new introduction to Landmarks of Tomorrow, written in 1996, Drucker took credit for foreseeing “the shift to knowledge as the new major resource.” But he also acknowledged missing a huge development: “the information revolution.” Drucker said that this oversight was all the more inexcusable given that, at the time, he was consulting for IBM and lecturing to many an audience that the computer was about to upend “the way we were going to do work, be organized, think, and that, indeed, the computer was but a symptom of a basic change—the change from experience to information.”

In the end, Drucker concluded, “if the book were to be given a score as an ‘early diagnosis’” of some of the most significant trends emerging in society, “it would thus not get an ‘A+.’ But it probably deserves an ‘A-.’”

Schmidt and his pals didn’t miss the information revolution, of course. And I’ve praised Google in the past for some of its employee practices. But they whiffed so badly on understanding how to treat knowledge workers in regard to their employment prospects, I’d bet Drucker would give them an ‘F.’ 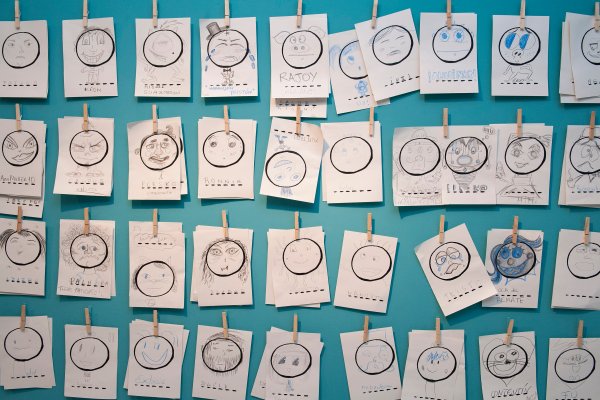 This Is the Secret to Pixar's Monster Success
Next Up: Editor's Pick