Oklahoma’s Supreme Court temporarily suspended the executions of two death row prisoners who questioned the source and safety of the state’s lethal injection drugs. On Monday, the court issued stays of execution for Clayton Lockett and Charles Warner, both of whom were convicted of murder in the late 1990s and were set to die on April 22 and April 29, respectively.

The inmates’ lawyers filed a joint request for a stay of execution on Monday because neither inmate had received “certifications, testing data, medical opinions or other evidence to support the state’s insistence that these drugs are safe, or to prove they were acquired legally,” the Associated Press reports.

On Monday, the court decided 5-4 to suspend those executions. “The ‘rule of necessity’ now demands that we step forward,” the Supreme Court’s majority opinion says. “We can deny jurisdiction, or we can leave the appellants with no access to the courts for resolution of their ‘grave’ constitutional claims.”

It continues, “As uncomfortable as this matter makes us, we refuse to violate our oaths of office and to leave the appellants with no access to the courts, their constitutionally guaranteed measure.”

The case is one of many surrounding the secrecy states have maintained surrounding the drugs they use during lethal injections. The decision to stay the executions comes just one month after a district judge struck down the state’s execution law, saying that keeping inmates from seeking information about the drugs used in injections violated the state constitution. Later in March, the state adjusted the combination of drugs used in executions, and informed the two inmates that they would be executed using a combination of five drugs that had never been used in the state. The lawyers sprung into action following that decision, with Monday’s stay being the end result of an on-going legal battle.

The inmates’ lawyers issued a statement Monday thanking the state’s supreme court. “With today’s stay, the Oklahoma supreme court will be able to fully adjudicate the serious constitutional issues about the extreme secrecy surrounding lethal injection procedures in our state,” the inmates’ attorneys Susanna Gattoni and Seth Day wrote, according to the Guardian. 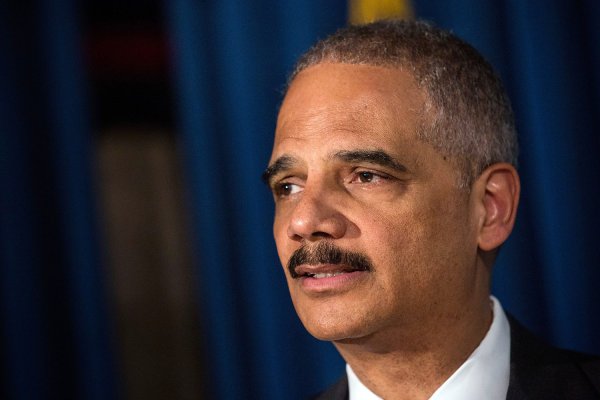 U.S. to Make More Convicts Eligible for Clemency
Next Up: Editor's Pick