AN ARBOR, MI - FEBRUARY 28: Debbi Dingell, wife of Congressman John Dingell, the longest serving member of Congress in U.S. history who recently announced he will not be seeking reelection, speaks with reporters after she discussed the announcement she made earlier this morning that she will run for his seat and seek the democratic nomination for Michigan's 12th Congressional District at the Downtown Home and Garden store February 28, 2014 in Ann Arbor, Michigan. (Photo by Bill Pugliano/Getty Images)
Bill Pugliano&mdash;Getty Images
By Massimo Calabresi

If you think things look bad for General Motors now, they looked even worse back in the summer of 2005. Its finances were shaky, its models were unloved and the big carmaker’s future was very much in doubt. So it had a lot riding on the reviews of its newest line of small cars that was supposed to help it shift away from the slowing SUV sales it had relied on for years.

Which is why the review of the Chevy Cobalt in the New York Times on June 19, 2005 was such good news for the company. The Times called the Cobalt “a good car, if not a great one,” a “creditable competitor” to comparable Toyota and Honda models, and one of several new GM models that were “vastly improved and generally likeable.”

Sadly, no one in top management read the article, according to current GM officials who are currently scrambling to manage the PR fallout of the belated recall of Cobalts earlier this year. Or at least, say the current officials, no top managers read the sidebar story that ran next to the main review and reported on a troubling phenomenon: intermittent stalling of the Chevy Cobalt and loss of electrical power due to a problem with the ignition system.

GM now claims top managers only learned of the Cobalt’s ignition system problems this year, and only mid- and low-level officials have been punished. But the coverage of the ignition issue in the Times and elsewhere in June 2005 raises uncomfortable questions for GM, and for at least one former official from the time who is seeking public office.

The Times review was highlighted in documents released by the House oversight committee earlier this month, and was referenced in documents released by the National Highway Traffic Safety Administration over Easter weekend. It reported that Chevy was telling dealers that drivers could accidentally cut power to the car’s engine and should be told to lighten the load on their keyrings. It cited one example of the cutoff occurring when the reviewer’s wife was driving the car, and it quoted a reviewer in a small Pennsylvania paper who said the problem happened four times in a week of testing the car.

A week after the Times review, the Cleveland Plain Dealer wrote about the problem. And the House oversight committee also published a statement that had been released in June 2005 by a GM spokesman, Alan Adler, acknowledging the ignition problem and saying that dealers and “service advisers” had been told to tell customers to remove items from their keyrings that might be contributing to the shutoff problem.

Apparently only good news made it up the chain to top managers in 2005, however. In comments to the media and GM employees on Oct. 17, 2005, then-CEO Rick Wagoner praised the market success of the Cobalt and other new models, saying “these products have been well-received by the enthusiasts and general press.” Wagoner was forced out as part of GM’s restructuring during the government bailout of the company in 2009 and has largely stayed out of the spotlight since then.

Not all top officials from that time may find it so easy to stay out of the GM recall story as it unfolds, however. Debbie Dingell was GM’s Executive Director of External Affairs and Constituent Relations in 2005, overseeing the company’s marketing strategies, community relations and its relationships with labor, suppliers, dealers, business organizations and constituency groups. She too retired from GM in 2009. But after her husband John Dingell, the long-serving Congressman from Michigan’s 15th district, announced his retirement in February this year, she announced she would run for his seat.

Debbie Dingell declined to answer questions about the 2005 coverage of the ignition shutoff problem. However, she said through a spokeswoman that she knew nothing about the troubles besetting the Cobalts and other small cars when she worked for GM. “Her responsibilities were not related to the engineering and design segment of the business and she was not part of the management group related to or responsible for recall decisions,” says Liz Boyd, Dingell’s spokeswoman. Boyd says Dingell was not aware of the articles in the Times or the Plain Dealer and was not aware of the instructions sent to dealers and service managers regarding the ignition cut-off problem.

GM has named a former federal prosecutor to investigate what the company knew about the problem as it unfolded. Company spokesman Greg Martin said of the 2005 Times story, “It was printed in the paper and we’ll have further information as it becomes available.” 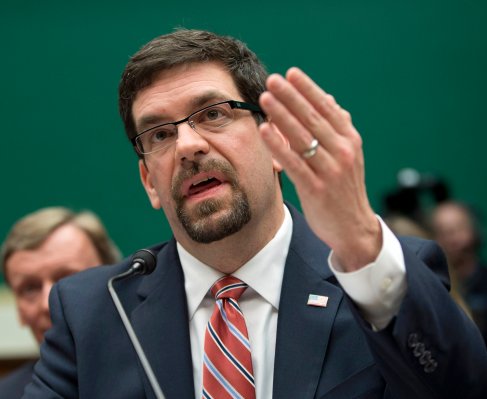