Illustration by Michael Hoeweler for TIME

By the long, bloody Iraqi summer of 2005, al-Qaeda in Iraq (AQI) was punching back against U.S. and coalition forces violently — and effectively. We lost 217 U.S. troops in three months alone. One of the key AQI leaders was a brutal battlefield commander, Ibrahim bin ‘Awad bin Ibrahim al-Badri ar-Radawi al-Husseini as-Samara‘i, also known as Abu Bakr al-Baghdadi and Abu Du‘a. Despite intense military and intelligence efforts and at least one targeted air strike, Baghdadi eluded capture and for five more years led those who killed thousands of Iraqis and Americans. Since 2011, there has been a U.S.-funded $10 million bounty on his head. But the worldwide hunt did not prevent him from moving into Syria and last year taking command of the deadliest Islamist group there. The lesson of Baghdadi is that human guile can usually beat a high-tech solution. For decades to come, the U.S. and its partners will be hunting terrorists like Baghdadi. The key to killing or capturing them will be intelligence built from the ground up, not just strikes from the sky. 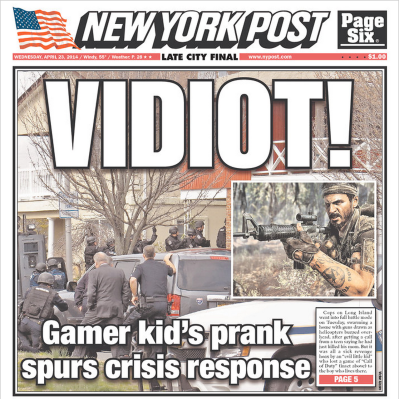 'You Vidiot!': 7 Words That Are Older Than You Thought
Next Up: Editor's Pick