Used Cars Are Going to Keep Getting Cheaper and Cheaper

One after-effect of the Great Recession is on display now at car dealerships—where there are more and more used cars for sale, at increasingly lower prices.

The used car market has gone a bit haywire over the last half-dozen years. During the height of the Great Recession, new auto sales of all shapes, sizes, and variations tanked. As a result of relatively few new cars being purchased, there were fewer used cars on the market during the years that followed—years when the economy was still struggling, when demand for cheap vehicles was understandably high, and when used car prices soared because there weren’t enough pre-owned vehicles for sale to keep up with demand. Signs of a softening in used car prices began appearing around 2012, and now and in the years to come, consumers can expect better pricing and a more robust selection of most models.

In particular, a trend that’s stretched for several years in the lease market will soon result in a “used-car flood” at auto dealerships, as Automotive News put it. Leasing, which slumped during the peak recession years, has rebounded considerably lately. In 2009, according to Edmunds.com, consumers scooped up only 1.5 million or so new cars via three-year lease, down from nearly 2 million the year before. Fast-forward three years after that low for leasing, and in 2012 there were only about 1.5 million off-lease used cars hitting the market—an exceptionally small number compared to the high of 3.4 million in 2002, per the Manheim Used Car Market report.

Because the pace of used-car leases has picked up each year after 2009, so too have the ranks of used cars going up for sale three years later, when the lease terms are up. This year, roughly 2.1 million off-lease vehicles will be back on the market, up from 1.7 million in 2013. Next year, the number of off-lease used cars for sale should swell to 2.5 million, and in 2016 and for the foreseeable future, Manheim predicts that there will be more than 3 million off-lease vehicles returning to the market annually.

Add in the fact that cars have increasingly longer life spans, and we’re seeing an across-the-board rise in supply of used cars—and the increasing supply is projected to translate to lower prices. Earlier this year, Edmunds.com forecast that used-car prices would slide 2% in 2014, and perhaps further down the road as a result of leasing trends. “Many car shoppers might not realize how much the new- and used-car markets feed off each other,” explained Edmunds.com Sr. Consumer Advice Editor Philip Reed. “The boom in new car leases, for example, is leading to a higher number of lease returns, which adds to the growing inventory of used cars, forcing their prices down.”

The news isn’t all good for consumers, however. A decrease in used-car prices also means that drivers will get less for used vehicles they’re trading in or selling. That shiny new car you purchase is likely to lose its value more quickly than it would have in the recent past.

Individual car buyers also tend to simultaneously be sellers of their older cars, and from the looks of things, it’ll be a buyer’s market for quite some time. 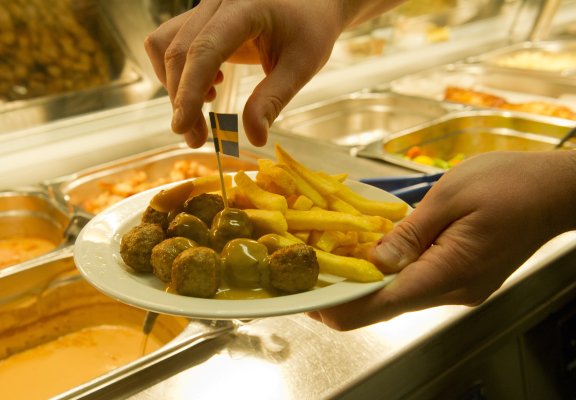 IKEA to Vegetarians: Ball's in Your Court
Next Up: Editor's Pick