DMX’s celebrity boxing match against George Zimmerman has been canceled because the promoter didn’t want to hurt “people’s feelings.”

TIME’s Lev Grossman calls Influx by Daniel Suarez (out Feb. 14) “hard science fiction by a guy who actually understands the technology behind it–he’s got that Crichton touch.”

This isn’t an ad, but artist Christopher Williams uses his ability to create pristine, ad-worthy images (like Bergische Bauernscheune, Junkersholz, Leichlingen, September 29, 2009, above) to skewer the dominance of commerce in photography. His work is at the Art Institute of Chicago through May 18.

Amount it costs to rent the 45-carat diamond headpiece Lady Mary wore when she married Matthew Crawley on Downton Abbey. But carry it carefully: the ultimate “something borrowed”–courtesy of British jewelers Bentley & Skinner–requires a $200,000 deposit.

‘Martin Scorsese is my favorite filmmaker of all time … I would paint his house if he asked me to.’

JONAH HILL, on his Wolf of Wall Street director

The actor can’t actually be seen in his latest hit, voicing minifigure Emmet in The Lego Movie, which opened Feb. 7. But fans of Parks and Recreation have certainly gotten a better look at him lately. Pratt, 34, recently returned to the sitcom after a months-long break. Here, he talks to TIME.

Were you a Legos kid?

Did you know that Lego plural is Lego?

I feel a little like Alex Trebek when he pronounces Ecuador like he speaks Spanish. You’re like, “Come on, Alex Trebek, we know that you’re not from Ecuador.” But they get annoyed when we say Legos with an s. So there you go.

You can prove you’re a real fan.

Or that I work for the Lego corporation. But, yes, I am a fan.

What was it like to come back to Parks and Rec?

It’s like if you moved away from your hometown and then you come home.

We get along well, which shouldn’t be a surprise, but it is. A lot of TV shows, people hate each other for some reason.

And you returned on the 100th episode.

It feels like it happened really quickly. Maybe it’s that the older you get, the shorter four or five years feels.

Do you find that’s generally true?

Absolutely. I have a theory about it.

Well, I think Einstein had the theory of relativity, but my theory has something to do with relativity, time relative to the amount of time you’ve been on earth.

It’s a smaller piece of the same pie, you know? I probably just patented some sort of theory there. I’m going on record: if this shows up in Scientific American, you stole it from me.

“I’m a fan of his. It’s fun historical fiction.”

“It’s kind of like The Real Housewives for guys. Instead of throwing wine in each others’ faces, they actually just kick each other in the face.”

No matter how often you take a selfie, you haven’t seen one like this: the MegaFaces pavilion at the Olympics in Sochi, created by Asif Khan, makes 3-D portraits of the people who come to check it out. It’s more complex than snapping a phone pic–a photo booth scans the subject’s face and relays info to a series of tubes with lights on their tips, which extend to various depths to form the shape of his or her face–but the results, at 3,500 times larger than life, are far more Instagram-worthy.

Posing as Marilyn Monroe seems to be a rite of passage for current starlets. Just ask Miley Cyrus, who channeled her inner blonde bombshell–with nary a twerk in sight–on the March cover of Vogue Germany. But it’s not exactly a new idea: in the 1990s Anna Nicole Smith buoyed her career by emulating Monroe’s aesthetic, and before that, Madonna did the same thing. Here, a look at some of the most buzzed-about Marilyns in recent memory.

In 2013, the publication celebrated its 100th issue with an Annie Leibovitz cover shot of the supermodel sporting retro curls and a satin one-piece.

In 2011, the star promoted My Week With Marilyn and talked about the death of Heath Ledger in a candid interview.

In 2008 she re-created Monroe’s revealing Last Sitting photo shoot with Bert Stern and discussed her obsession with the icon.

In 2008 the Australian edition celebrated its 10th anniversary with a Some Like It Hot photo shoot featuring the Aussie star.

Miley Cyrus said her Bangerz tour–for which a promo photo shows the singer twerking on a hot dog–will be “educational for kids.”

Dong Nguyen, creator of Flappy Bird, pulled the popular mobile game from app stores because it was “an addictive product.” Great business model! 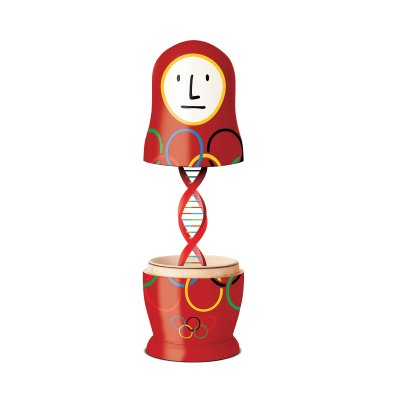 Joel Stein: DNA of Champions
Next Up: Editor's Pick