An altercation in a federal courthouse in Utah ended with a defendant dead Monday, after a U.S. Marshall opened fire when the defendant allegedly tried to stab a witness with a pen.

Salt Lake City police responded to reports of shots fired in the courthouse at about 10 a.m., the Salt Lake Tribune reports. Authorities confirmed that the defendant was shot and critically wounded as he rushed the witness stand. The FBI later said he had died, the Associated Press reports.

An FBI spokesperson said that defendant Siale Angilau, a suspected member of the Tongen Crips gang, was hospitalized with at least one chest wound, the AP reports. His was the last in a series of Crip-related cases. Melodie Rydalch of the U.S. Attorney’s Office told the Tribune that the shooting was related to gang violence.

Witnesses at the scene reported seeing an apparent gunshot victim carried out on a stretcher. The courthouse was put on lockdown shortly after the incident. 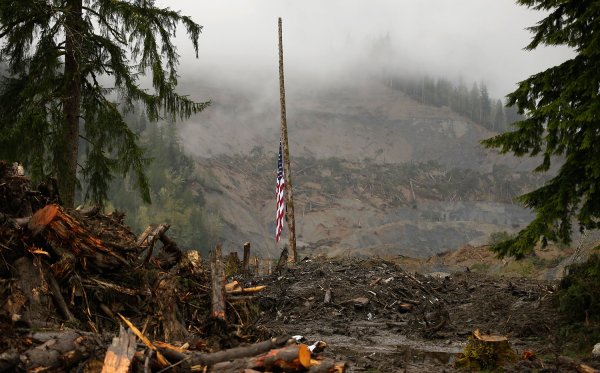 Washington Mudslide Death Toll Rises to 41
Next Up: Editor's Pick