There’s a lot to hate about changes proposed by the FDA, which could push prices higher not only for beer, but for milk and meat as well. The new regulations are being bashed as wasteful and anti-recycling to boot.

For centuries, beer manufacturers and farmers have enjoyed a mutually beneficial arrangement, in which the barley and other spent grain that’s left over in the brewing process is sold or given to farmers to use as cheap feed for animals.

“I get free waste removal and he gets free feed — it doesn’t get any better than that,” Kyle Williams, owner and brewer at North Carolina’s Brevard Brewing Co., who works with the nearby Busybee Farm, explained in a recent (Hendersonville) Times-News story. “It’s a perfectly symbiotic relationship.”

This relationship is in jeopardy, however, due to changes proposed by the FDA that are part of the broader Food Safety Modernization Act. Brewers fear that if the proposal is approved, they would be required to dry and package spent grain before it’s shipped off to farmers as feed. The equipment needed and administrative hassles required to handle that extra step in the waste removal process would cost a bundle—as much as $13 million per brewing facility, Scott Mennen, vice president of brewery operations at Widmer Brothers Brewery in North Portland, Ore., told the Oregonian. “That would be cost prohibitive,” Mennen said. “Most brewers would have to put this material in a landfill.”

The proposals, as well as the Food Safety Modernization Act in general, are obviously designed to protect consumers and make food safer. But no one has made much of a case indicating that using spent grain as feed is unsafe for animals or humans—an FDA spokesperson cited in the Oregonian piece couldn’t a single example in which the age-old practice has caused problems.

The Brewers Association declared the FDA proposal an “unwarranted burden for all brewers,” arguing that if the regulations would approved, costs would rise for brewers—and, inevitably, for drinkers who buy products made by those brewers—and that the changes would also be bad for the environment:

Right behind brewers in the protest over the new regulations are farmers, who are potentially losing an inexpensive stream of feed for animals. The system of recycling a nearby brewer’s spent grain “saves me so much money in feed costs it’s incredible,” one small farmer in North Carolina, who uses the grain to feed cattle, pigs, and chickens, said to the Times-News. “If I couldn’t get the grain, it wouldn’t be justifiable for me to be in the hog business, because it keeps the cost down to where it’s affordable for me to feed them — that would be one more industry I would be out of.”

To recap, the new FDA proposal would raise the costs and complications in the of production process for beer brewers, and would also make it more expensive for farmers to feed animals, perhaps even to the point of putting some out of business. The proposal wasn’t created to address some specific safety problem, nor out of concern for the environment—in fact, approval of the new regulations could result in more waste at landfills, which is less than ideal for the environment.

And horror of all horrors, your beer could wind up costing more down the line. Same thing for meat, dairy, and a wide range of products that originate at farms, as the rise in feed prices is a prime reason why there’s been such as steep rise in beef prices lately.

The FDA is currently reviewing the proposed rule changes, and it is including the overwhelmingly negative feedback it has received from brewers and farmers in this process. A revised proposal is expected sometime this summer.

UPDATE: The Beer Institute, the national trade organization for the American beer industry, understandably opposes the FDA proposals. A representative of the group reached out to TIME and released a statement explaining the Beer Institute “began a year ago with FDA and other industry groups to make sure the amended rule we expect this summer allows us to continue this practice of marketing spent grains in the safe, sanitary and swift manner that the industry has exhibited.” Chris Thorne, vice president of communications for the Beer Institute, also said, “The FDA has asked the Beer Institute to please make sure that brewers understand there is no requirement that spent grains be dried and pre-packaged.” 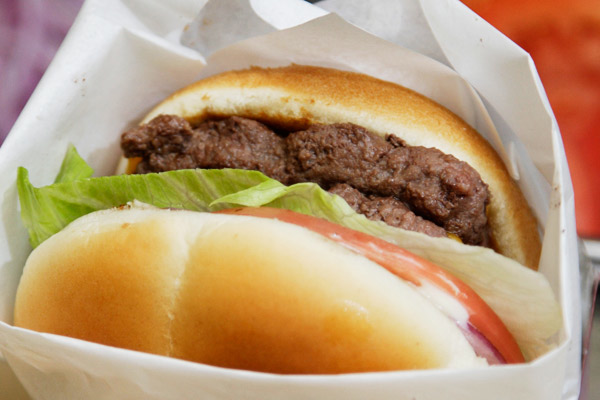 Big Comeback Planned for the All-American Drive-in Burger Joint
Next Up: Editor's Pick