Russia's Foreign Minister Sergei Lavrov gestures during a news conference, after a meeting with his counterpart from Mozambique Oldemiro Baloi, in Moscow April 21, 2014.
Sergei Karpukhin—Reuters
By Nolan Feeney

“[The agreement] is not only not being fulfilled, but steps are being taken, primarily by those who seized power in Kiev, that are grossly breaching the agreement reached in Geneva,” Russian Foreign Minister Sergei Lavrov said Monday, the New York Times reports.

Secretary of State John Kerry brokered a deal Thursday between Ukraine and Russia in Geneva that called for the disarmament of pro-Russia militia groups in eastern Ukraine and an end to violence and intimidation.

Lavrov denied accusations that Russia, which currently has an estimated 40,000 troops near the Ukraine-Russia border, used the conflict in Ukraine as a justification to annex its Crimean Peninsula. He also responded to warnings from the Obama Administration that the U.S. would impose sanctions on Russia if the country did not try to ease tensions in eastern Ukraine.

“Before giving us ultimatums, demanding that we fulfill demands within two or three days with the threat of sanctions, we would urgently call on our American partners to fully accept responsibility for those who they brought to power,” Lavrov said. 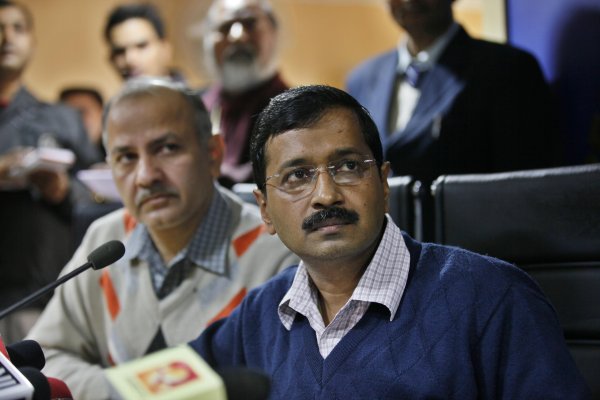 Indian Politicians Are Dominating the TIME 100 Poll
Next Up: Editor's Pick