A story by the Wall Street Journal claims that Apple and Google have staked out a new battleground over mobile games, as both companies try to grab exclusives for their own platforms.

Citing unnamed sources, the Journal says Apple and Google are apparently offering promotional placement to game developers in exchange for timed exclusivity. While the report claims no money is changing hands, top placement in the iOS App Store or Android’s Google Play Store can have a huge impact on sales, so developers have a strong incentive to consider these deals.

But while reading the Journal’s report, one thing struck me as odd: There isn’t a lick of evidence that Google is actually fighting back against Apple’s supposed exclusivity push. While the story provides several examples of Apple making exclusive deals with top game developers, it doesn’t offer a single instance of Google doing the same.

With Apple, Electronic Arts reportedly agreed to a two-month exclusivity window for Plants vs. Zombies 2, and ZeptoLab gave Apple’s platform a three-month head start for Cut the Rope 2. An executive at GameLoft also confirmed that the company talked to Apple about an exclusivity deal, but ultimately decided against it.

What examples do we have for Android? The Journal merely says that Google has helped promote apps that “integrate Android branding.” One deal, with Russian developer Game Insight, apparently involved a discount on in-game items shaped like Android’s robot mascot. It’s safe to assume Apple wasn’t competing for this deal, and besides, Game Insight isn’t nearly as well-known as ZeptoLab, Gameloft or Electronic Arts.

Deal or no deal, it’s hard to find many instances of games going Android-first. Some noteworthy exclusives do exist, including Square Enix’s Final Fantasy VI and Gree’s Rage of the Immortals, which both had roughly a one-month head start on Android. But there are many more cases of popular games hitting iOS first, including Threes, Deus Ex: The Fall, XCOM: Enemy Unknown, Hearthstone, The Room 2 and Ridiculous Fishing.

The story also mentions Amazon, practically as an aside. But at least with Amazon there are previous, documented examples of exclusives for the company’s app store. (The Journal’s report doesn’t even mention that Amazon is now creating its own games, which, as an approach to exclusive content, is much more interesting than making limited-time deals with other developers.

The idea that Google and Apple are battling for exclusives sounds good, at least, as it’s reminiscent of how traditional game console makers buy up exclusives for their own platforms. I’m just skeptical that there’s much of a fight going on in this case. Or if there is, it’s been extremely lopsided in Apple’s favor.

Besides, exclusives don’t mean much if they aren’t being marketed as a way to lure people onto one platform instead of another. If Google was having success with locking up Android-only releases, wouldn’t we be hearing about it from Google, rather than from “people familiar with the situation?” 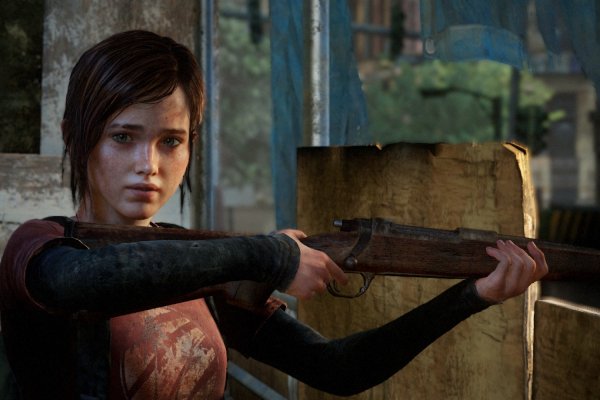 What's Happening with Uncharted and The Last of Us Developer Naughty Dog?
Next Up: Editor's Pick