The Boy Scouts of America (BSA) has shut down a Seattle troop for its refusal to remove an openly gay scoutmaster.

The BSA has revoked the charters of the Rainier Beach United Methodist Church and its two scouting units, Troop 98 and Pack 98, for standing by Geoffrey McGrath after the BSA ousted him as a scoutmaster in March, according to Scouts for Equality, a group that lobbies against discrimination in the scouting movement.

The church’s reverend Monica Corsaro has refused to remove McGrath from his leadership position. “Based on our religious principles, we will continue to act as an autonomous church that does not discriminate,” she said in a statement to Scouts for Equality. “We will continue to have our troop meetings here, every Thursday night, with business as usual.”

The BSA’s director of communications, Deron Smith, said the organization had no choice but to withdraw the church’s charter as it refused to follow the terms of its chartered-organization agreement and policies. “We are saddened by this development, but remain committed to providing all youth with the best possible scouting experience where the scouting program is the main focus. We are contacting the parents and leaders of the units to inform them of the chartered-organization change.”

The BSA permits gay people to become scouts, but not to take adult leadership positions. McGrath is believed to be the first openly gay adult to have his leadership status revoked by the BSA. He acknowledged his sexuality to the BSA in March after an NBC story about the troop’s inclusiveness prompted the scouting movement to inquire about his orientation.

“The Boy Scouts’ decisions only serve to hurt a group of boys who need the values and leadership of someone like scoutmaster McGrath,” Zach Wahls, the executive director of Scouts for Equality, said in a statement. “Unfortunately, the BSA’s decision calls into question its commitment to leadership and values by perpetuating an outmoded policy rooted in fear and discrimination. History will show that today’s announcement is a self-inflicted wound.” 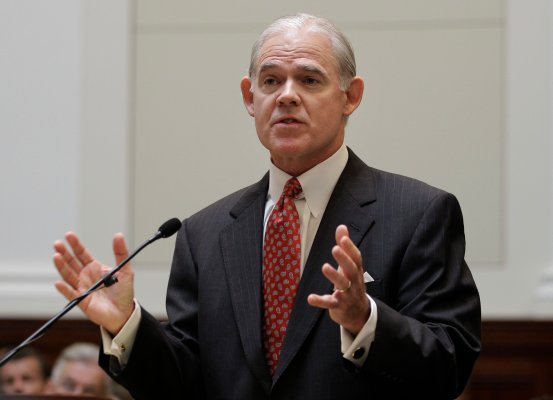