Former Cambodian Khmer Rouge leader "Brother Number Two" Nuon Chea is seen on a television screen (R) as people (L) line up to attend the trial of former Khmer Rouge leaders at the Extraordinary Chamber in the Courts of Cambodia (ECCC) in Phnom Penh in Oct. 2013
Tang Chhin Sothy—AFP/Getty Images
By Charlie Campbell

Tourists who wander Cambodia’s Killing Fields don’t just encounter the ghosts of victims. Even today, scraps of clothing and bone fragments belonging to some of the 1.7 million people slaughtered by the Khmer Rouge peek through the brooding earth.

From 1975 until the Vietnamese invaded in 1979, Cambodia experienced one of the worst genocides of the 20th century, during which around a quarter of the population perished as Pol Pot pursued his demented agrarian utopia.

Phnom Penh’s glorious Parisian-style boulevards were emptied as ruthless cadres — many mere babes handed AK47s and indoctrinated with nihilistic zeal — forced the entire population to toil in the fields, and ruthlessly culled anyone on the flimsiest pretense. Crying at a funeral, falling ill or wearing eyeglasses were deemed anti-revolutionary and met with torture and gruesome death.

“For 20 years, I had nightmares every day, and every time I talked about what happened I would get stomach aches and all the symptoms of PTSD,” says Kilong Ung, who was 15 when the Khmer Rouge turned his life upside down and extinguished the lives of 50 of his relatives.

The U.N.-backed Extraordinary Chambers in the Courts of Cambodia (ECCC) was founded in 2006 to investigate these crimes against humanity and hold those responsible to account. The proceedings — touted as the largest such reckoning since the Nuremberg trials of prominent Nazis — were to target the very top level regime figures and those chiefly responsibly for particularly heinous acts. Life imprisonment was to be the maximum punishment.

But virtually since the outset, allegations of corruption and politicization have dogged the ECCC’s glacial progress, and proceedings were halted for long periods as national staff went on strike after not being paid. Late last month, an agreement was finally reached for funding to be restored after the U.N. received certain assurances. Nevertheless, serious questions still hover over a tribunal that has delivered only one conviction in eight years at a cost of some $200 million.

“This is no longer a legitimate court,” says Theary Seng, a prominent U.S.-trained human rights lawyer whose parents were killed by the Khmer Rouge. “It’s a sham. It does such a disservice to Cambodian victims and international justice in general.”

The original ECCC was formed as a hybrid tribunal, comprising elements of international and domestic law, with proceedings heard by foreign and Cambodian judges. Four original cases were set out.

Case 001 against Kaing Guek Eav, better known by his nom de guerre Comrade Duch, saw the former chief of the notorious S-21 prison in Phnom Penh, convicted for crimes against humanity relating to more than 15,000 deaths. He is currently serving a life prison sentence.

Cases 003 and 004 have stalled — even the names of those under investigation were not officially revealed, although they have been widely circulated. And that represents the entirety of proceedings.

Compared to this paltry total, there were 161 indictments in the former Yugoslavia, 95 in Rwanda and 22 in Sierra Leone. But “I don’t think the present government wants to have any further indictments other than the four accused in Case 002,” Victor Koppe, a Dutch lawyer currently defending Nuon Chea at the ECCC, tells TIME. “There are strong indications that they probably feel it is getting close to themselves.”

Many established figures in Cambodian politics today previously had positions of influence within the Khmer Rouge. Cambodia’s strongman Prime Minister Hun Sen was himself a former Khmer Rouge battalion commander, and lost an eye in battle before fleeing to Vietnam to escape an internal purge. (In 1975, his battalion oversaw a brutal crackdown against the Muslim Cham minority group, although Hun Sen claims to have been recovering in hospital at the time.)

The debate rages over whether the Khmer Rouge was “essentially a top-down, pyramidal type structure,” as maintained by Prof. Greg Stanton, an expert in genocide studies and prevention at George Mason University’s School for Conflict Analysis and Resolution, or whether, as Koppe says, there were various and opposing factions responsible for atrocities. “To only focus on one faction within the Khmer Rouge is already questionable,” he argues.

Certainly, senior Khmer Rouge figures close to the Hun Sen administration have been barred from testifying, such as current National Assembly Chairman Heng Samrin and Senate President Chea Sim. “In any other international tribunal the importance and relevance of someone like Heng Samrin would be so obvious,” says Koppe, frustrated that his “firsthand knowledge of decisions being made in ‘75 and afterwards” cannot be called upon. Blocking Heng Samrin from court, he adds, “is a clear sign of the unfairness of the proceedings.”

Critics say the trials have been highjacked to specifically absolve former leading Khmer Rouge figures now within Hun Sen’s Cambodia People’s Party. “I’m in awe of Hun Sen,” says Theary Seng sardonically, deploring the “manipulated and whitewashed” history the ECCC is now helping to propagate. “It will go down in all the history books as a brilliant move.”

Crucially, Hun Sen insisted on proceedings taking place on home soil, a marked departure from other such tribunals, such as those investigating genocide in Rwanda or the former Yugoslavia, which took place in other countries. “True international tribunals [are] situated somewhere else and are much less prone to government influence or interference,” explains Koppe, who previously worked in the Yugoslavia and Sierra Leone tribunals.

Stanton says it was important to base the court domestically “to give Cambodians a way to understand what happened in their country,” However, he concedes that “Judges who are part of the Cambodian system are always going to continue to be influenced by Cambodian politics.”

The U.N. insists that it has done everything possible to ensure fair and transparent proceedings. “The long history of negotiations leading to the creation of the ECCC clearly establishes that alternative structures for justice were advanced and thoroughly considered by the Secretariat and by Member States of the United Nations,” spokesman Lars Olsen told TIME via email.

That is no comfort to victims such as Kilong Ung, for whom justice always felt beyond reach. “They are never going to catch the guy who starved my parents to death,” he says. “There are a lot of mid-level Khmer Rouge who got out with the refugees and are all over the world right now — some with the wealth they took with them. Just like the Nazis.” 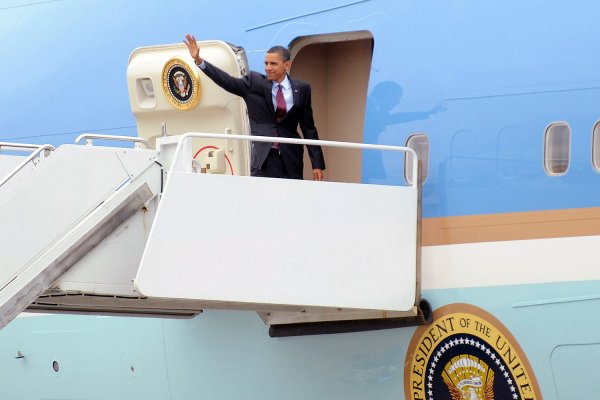