As the Bluefin-21 unmanned submarine completed its eighth mission to look for wreckage from Malaysia Airlines Flight 370 on Monday, having already scoured two-thirds of the 121 sq. mi. (314 sq km) focused search area, authorities in Australia are mulling whether to adjust or roll back efforts.

The plane vanished soon after taking off from Kuala Lumpur bound for Beijing early on March 8 with 239 people on board, and despite an intensive air, surface, satellite and underwater search, not a single item connected with the errant Boeing 777 has so far been found.

Australia’s Ambassador to the U.S. Kim Beazley told CNN that the multinational search team would “regroup and reconsider” if nothing is discovered on the section of the southern Indian Ocean seabed currently being scanned by U.S.-made sonar-equipped autonomous underwater drone. “You may well also consider bringing in other underwater search equipment,” he said. “All these sorts of things will be on the table if nothing is found in the next few days.”

Six weeks after the twin-engine jet disappeared, it is increasingly unlikely that any debris would still be afloat, and officials have already suggested calling off air and surface operation. “Obviously that’s one of the things you’re going to consider,” said Beazley.

Officials believe the 11-year-old plane crashed somewhere in the southern Indian Ocean based on analysis of data communications, although even this may be re-examined if nothing is discovered soon.

Malaysian Defense Minister Hishammuddin Hussein had told reporters in Kuala Lumpur on Saturday that the fruitless weekend search was crucial. “The narrowing of the search for today and tomorrow is at a very critical juncture, so I appeal to everybody around the world to pray and pray hard that we find something to work on over the next couple of days,” he said.

Malaysia’s Deputy Foreign Affairs Minister Hamzah Zainuddin met with relatives of passengers in Kuala Lumpur on Sunday to discuss financial assistance. But family members reacted angrily to being urged to submit a compensation plan for consideration. In a statement, they refused to discuss such matters until seeing “at least a tiny bit of concrete evidence” that the plane had in fact crashed. They also complained “not a single one” of their questions was answered during the meeting.

On Monday, up to 10 military aircraft and 11 ships took part in the ongoing search for debris from the missing aircraft across 19,300 sq. mi. (50,000 sq km) about 1,087 miles (1,750 km) northwest of Perth, Australia. But the weather forecast had conditions deteriorating, particularly in the north of the search area, as Tropical Cyclone Jack continues to move southward. 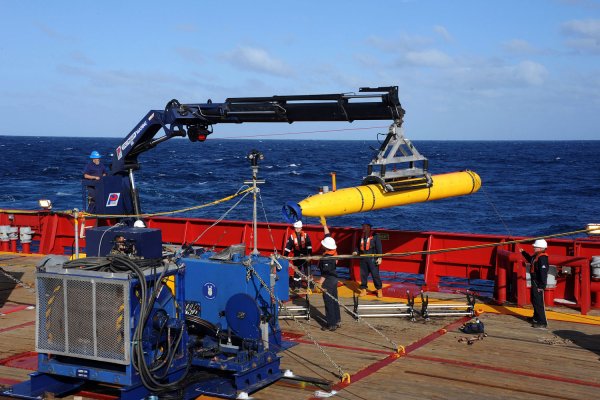