Who Needs a Memory When We Have Google?

I have a confession to make: I’m an infomaniac.

In high school, I was on the debate team and got an early taste of what it’s like to dig deep into information so that I could support my debate arguments. Ever since, I have been hooked on gathering and consuming information as part of my lifestyle. I still get a morning paper delivered to my house and I start my day by checking up on the local news. When I get to the office, I log on to all types of general news and tech sites to catch up on what I missed overnight. Curiosity is in my DNA and my type-A personality drives me to be addicted to information. In my line of work, this is good, but I admit that I overachieve in this area and it sometimes becomes overwhelming.

For most of my early life, this was a manageable problem. In those days, I had newspapers, magazines and a set time to watch the network news every night at 6:00 PM. But from the beginning of the information age and especially with the advent of the Internet, the amount of information sources at my fingertips grew exponentially. I admit that, more often than not, I now have information overload. To put it another way, I have way too many tabs open in my brain at any given time.

It’s almost impossible to keep some that info straight or, even worse, remember most of it. That’s where Google and search engines come in. While I was at the TED conference recently, I talked with a lot of people from various industries. We often compared notes on things we were doing, people we know and items or events that we have been involved in over the years. What’s interesting is that the common denominator in many of these discussions is that when we got stumped on a person’s name, event or item we were talking about, instead of fretting about it, we all took out our smartphones and Googled for the answer. We almost always found what we were looking for, and the conversation continued only slightly interrupted.

In all honesty, that scene happens for me whether with business associates, friends or family. I clearly can’t remember all of the information I take in, so I now rely pretty heavily on Google and other search engines to either find the information I need at any given time or to jog my memory about the topic at hand.

I am sure that this has happened to a lot of people. The role technology plays as an extension of our memory banks has become quite important to us. I have found that when I’m digesting information now, many times I don’t even read the full stories — mostly just the headlines or a quick summary, knowing that if I ever have to recall it, I can just Google it.

In 2008 the Atlantic had a great article by Nicholas Carr titled “Is Google Making Us Stupid?” In this excerpt from this article, Carr says:

I am not sure his premise that Google makes us stupid is exactly correct. In fact, I would argue that because of a search engine’s ability to help us quickly find the information we need, it’s actually making us smarter, to a degree. But what Google seems to be doing to me — and perhaps many others — is making our minds lazy. Many times, I may be told something without really concentrating on what is being said, knowing full well that as long as I get the bullet points straight, I can always go back and look up the info.

At first I wanted to chalk some of these memory lapses up to getting older. It’s just part of aging, right? But the more I read about aging, the more I realize that some of this is happening because we are not exercising our brains as much as we should be. More and more often, we’re relying on Google to be a fallback. We concentrate less on what’s in front of us, leaning on Google for anything we can’t remember.

A while back, my wife bought me a Nintendo handheld game system that included a game called Brain Age. It was my first foray into digital brain games, and I found that the more I used it, the more it helped me fine-tune my brain to be much more cognizant of what I was reading and observing. This game came out before everyone had smartphones, and now we have dozens of brain training tools such as my favorite, Lumosity, or Condura, another brain training app.

There are a lot of studies that talk about the Internet’s impact on memory. One that was highlighted in the New York Times in 2011 shared some specific research about this issue. In the article, Patricia Cohen wrote the following:

Whether our brains have become lazy or not, the Internet has clearly impacted the way we read and digest information, and as stated in the Times’ article, search engines have now become just a part of our memory processes. Search engines are very valuable, but if they become crutches that dull our thinking and make our brains lazy, then I believe people will need to use things like Lumosity and other brain-tuning games to help them stay sharp.

Information overload makes it impossible for many of us to keep up with the constant stream of information that’s available. Because many of us try to consume so much information, most of us are forced to mostly skim highlights and summaries just to keep up. However, I believe we can’t let search engines impact our memory. At least in my case ,I don’t want that to happen, so I’m using these brain games to help me deal with this challenge. 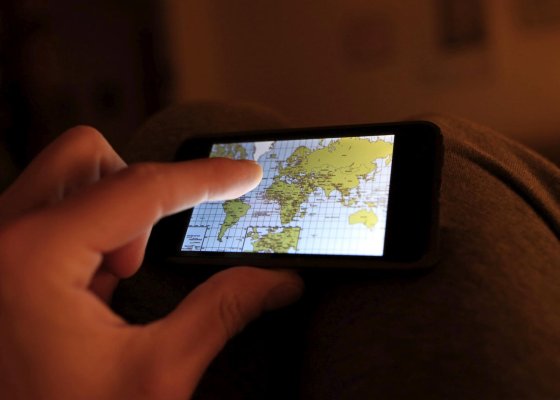 PC vs Mobile: How Technological Worldviews Are Shaped
Next Up: Editor's Pick